I Took a Road and Chanced Upon a Fairy, Part Three of Three Parts 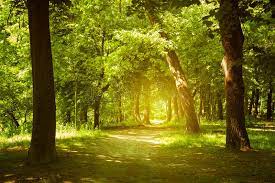 Well, he’s tasted one of each, what more could he want? Even so, I’ll bet he’s whittling his butt off for the next trip to marketplace in Stockcroft.

I TOOK A ROAD AND CHANCED UPON A FAIRY

I worked hard that next week to craft my carved images. Pleased by such prosperous industriousness, I failed to admit to myself I was seeking yet another enchantment until little time remained before I must set off for Stockcroft. I contemplated a dog… a soft, cuddly puppy to provide companionship as only they can do. Or perhaps a cat to keep rats away from the corncrib. But what if they could exist nowhere but in that enchanted forest?

As I looked through my supply of wood, a particular cottonwood root called to me as aptly fitting the human figure. But what sort of human? Man or woman? Lass or lad. I knew not.

I sat down at my workbench and took a knife to the wood. With nothing firmly in mind, I found myself cutting first an image shaping up as a woman, and then a muscled man. I whittled and cut and sanded until it was fit for neither. I sighed in disappointment. A fine piece rendered into a formless hunk befitting nothing but a frog. So I accepted my disappointment and carved a frog. I gazed at the ugly creature a moment before throwing it upon the mantlepiece. I’d put it with my other creations later. Someone, possibly some child, might find it decorative.

Upon the dawn of market day, I dragged from my bed and made ready to set out on my journey. At first determined upon the cobbled highway but soon changed my mind and set off upon the track that ran through the enchanted forest.

I know not why I approached the first clearing with such anticipation, but it did, only to be dropped into disappoint with no sign of a fairy. Truly, this magic place could give but one brief appearance for my creations.

A vacant second clearing sent me near into despondency as I recalled here was the spot that delightful youth had touched my flesh, sated my lust. At that moment, I acknowledged to myself that his was the touch I preferred. The lass had been delightful, but the lad had been extraordinary.

Despondent, I trudged onward, my bag of carvings becoming heavier and heavier with each step. Then, far down the trail, I saw the unmistakable glow of yet another clearing. Strange, I did not recall a third in my prior travels on this pathway.

As I entered the glade, I discerned some sort of creature sitting in the middle of a circle of sunlight. It took a moment to realize it was the very frog I’d created and left forgotten on the mantle beside the carving of the maid and the youth.

While I stood grappling with the meaning of this all, the creature spoke.

“Gronk! Sing me a song—gronk—and I’ll grant you a wish.”

“I have no wish for anything you can offer,” I snapped.

“Gronk. Be not so certain, my fair, young—gronk—lad.”

“Gronk, then you have wasted both effort and time. Gronk. What have you to lose by offering me a ditty?”

“Very well.” I chose the same song of a lonely sailor I’d sung for both fairies except I made the lyrics as gross as imagination would allow.

I faltered as the frog disappeared in a puff of smoke, to be replaced by a princely young man as golden as my carved maiden and as virile as my sculped lad. “Now what is your desire?” he asked in a resonant baritone?”

By “have,” he did not mean as either the lass or the lad had meant. I had him all right, as much of him as I could take. He left me spent and exhausted on the forest floor, this princely fairy. I never made it to market that day, meaning I would eat potatoes every day for a week. But somehow I didn’t mind.

Lying exhausted in the grass with sunlight warming my naked body, my mind scrabbled around trying to settle on what to carve next to leave on my mantlepiece.

I repeat my question of last week: How come I never stumbled upon a fairy? Perhaps I did and didn’t recognize it. What about you?

See you next week with something new..