Nightmares, Part One of Two Parts 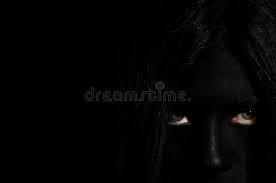 Well, my creepy side’s back again.

Let’s see where it leads us.

Life wasn’t easy for a homo in my little southern Oklahoma town. Not when I was growing up, at any rate. I’d always been different. Even my father despaired of me. His constant refrain was, “Lyle, you need to get out more,” his code for saying “Hey, ’fraidy pants, go play some sports.” Sorry, not interested. Rather read. That way I can get out of this hick, small-minded town, at least for an hour or so.

I’d been called queer ever since I was fourteen, and I’m pretty sure I didn’t even know what I was or would turn out to be at that age. In the four years since, I’d heard it all: queer, homo, fairy, sicko, fag, bitch, fruit… oh, and abom, short for abomination. Those four, hard years left their mark on me. I was a loner, instantly latching onto the few who were willing to be friendly, only to have to let go when they got driven away by the prevailing attitude of our peers or else move out of town.

I learned early on that withdrawing was my best course of action. Drawing in the horns, taking pleasure in my own company. Bound to leave a mark, and I guess it did. For a while, I’d react like an eager puppy to any guy who gave me any attention. And some of them did, until I realized what they were looking for. And I gave it to them, for the most part, hoping they’d be appreciative enough to claim me as a friend. Yeah, right. They’d come sneaking around when they needed their ashes hauled, and then go back to being the jerks they really were. That’s when I went into my shell.

Then came the day Clark Harbinger and his gang cornered me in the boy’s room at the high school.

“Well, if it isn’t the town fruitcake,” he said as I stood at the urinal draining the last few drops. “Hey, look, guys,” he said, raising his voice, “Abam has a cock like the rest of us. Too bad he doesn’t know what to do with it.”

Despite the fact he had three of his goons with him, I let my mouth get away from me. “Oh, yeah. Drop your drawers, and I’ll show you.”

“Got a better idea, queer. You drop yours, and I’ll show you how a man uses his equipment.”

Both of us ignored the fact that two days earlier, Clark had come sniffing around, and I’d yielded to pressure and given him a blow.

“Screw you, Clark Harbinger, and the dinosaur you rode in on.”

I fought like a son-of-a-bitch—in my own ineffective way—but in short order I was naked as a jaybird. They hadn’t even left my socks on before they threw me out into the hallway where every student in school was passing on the way to the next class. There was a shocked silence until a few “Oh’s” broke the spell. Teeters and sniggers and guffaws soon filled the hallway.

Humiliated, I scrambled for the bathroom, but Clark was on his way out and shoved me over on my butt. Really exposed now, I scrambled to my feet and raced through the boy’s room door where I found my clothes stuffed into two different commodes. I fished them out and wrung them as dry as possible before putting them on and racing for home.

My mom looked shocked when I sailed through the door in sodden clothing. I said I’d got caught in sprinklers, but I could see she didn’t buy my story. Nonetheless, she let it go, and I made straight for my room where I took a long shower before donning dry clothing. After that, I huddled on my bed fighting tears and dreading my father’s arrival home from work. No doubt he’d have caught wind of what happened by that time. How would he handle it? He’d either give me a belting for not standing up for myself or ignore the whole thing. He was pretty good at avoiding unpleasant situations.

Ignoring it was what he chose. But supper that evening was a solemn affair. All of us kept our eyes on our own plates and talk was reduced to mutters of “pass this” or “pass that.” My little brother Charlie knew something was going on because he kept looking at each of us, but he kept is mouth shut. That was okay. He’d find out soon enough. The whole damned, opinionated, hypocritical town would find out.

The nightmares started that night.

I don’t remember much of the first one. Vague, frightening images… but I couldn’t say what was frightening or why. Lots of reds—I hadn’t known I dreamt in color—and blues. Clark was in it, at least his laughter was. He laughed so loud I woke up once and stared into the darkness wondering what was going on. But I dropped off again ell into the same vague, unformed, yet somehow terrifying dream. I woke up exhausted and terrified of going to school.

I took an easier breath when I realized it was Saturday. I’d had two whole days before I had to face that nightmare… this time a living nightmare.

Mom fixed a special breakfast that morning, so I knew she’d heard all about the school incident. Her eyes were soft and sympathetic, her lips constantly moving, yet she never said a word about the incident. I didn’t know if that was good or bad. Not facing it would be easier in the short run, but a little motherly comfort would have been welcome right then.

Dad had already taken refuge on the golf course where he’d stay all day. That way, he could avoid the issue… heck, avoid his biggest embarrassment—me.

Where in the world is this going? I haven’t written the rest of it yet, so I don’t know. Maybe you have some suggestions. Feel free to express them.