Widget Jackson, Part 1 of a Short Story in 2 Parts 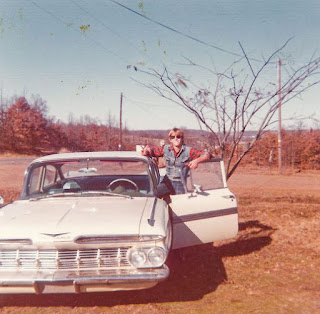 Hope everyone had a good and safe Christmas. Thanks for your comments on Happy the Elf.

Today, let's get the first part of a tale about a youth with the unfortunate name of Widget--Widget Jackson--and see how his name influenced his story. Enjoy.

Who names a kid Widget? My hippie parents, that’s who. At least they were hippies when I came along. Since then, they’ve become more mainstream… a little stuffy even but, you know, respectable. They moved on, but they left me indelibly marked by their former hippieness… that name. Most of the kids end up calling me Widge. But I answer to Widget, Widge, or Jackson. I blamed my odd first name for the way I turned out. Odd. As in gay, queer, or whatever label you want to put to it.

I don’t have a problem with that. Well, I do on occasion, but not a major one. My big problem is named Roger. Roger Redding, to be precise. You see, I’m hung up on the guy in a serious way, and I doubt I even register on his radar… much less gaydar, if he has any. Probably doesn’t know my name. Well, in a town this size, he knows that much about me but not much more. You see, he’s physical—as in jock—while I’m more mental. Don’t get me wrong, he’s bright enough, but his tastes run more to footballs, basketballs, baseballs, and the like, while mine seem to center on his.

Come to think of it, he had three names too… at least for me. Roger the Handsome, Roger the Sexy, and Roger the Unapproachable. All spot on. Some good-looking guys are bland, you know, pleasing to look at but don’t raise the blood pressure. And we’ve all known plain looking guys who get under your skin, stir the blood. Roger’s one of those spectacularly handsome youths who make you think of the bedroom or the back seat of a car or the local men’s room or anywhere you can be alone with him. I would be alone with him in the middle of a crowd if he wanted me to.

Then came the glorious day that Roger the Magnificent’s car broke down. I know that’s an odd way to put it, but that’s me… odd. One Sunday afternoon, I was on the way back from the lake after some alone time along the shore during summer break when I rounded a curve in my old Rambler and saw a car with the hood up. I recognized that Chevy Impala. It was Roger’s. His old man had bought a new one last year and gave the old one to his son. Relying on an ancient Rambler for transportation necessitated that I be handy with a wrench. Accordingly, I pulled up behind the Impala and parked. As I got out of the car, I saw the unbelievably handsome head of Roger the Faultless look around the car. A spot of dirty oil had the temerity to mar his flawless forehead. But even that looked rakish on him.

“Hi, Jackson. You know anything about car engines?”

Wow! He did know my name, at least my family name. “Enough to keep this old Rambler running. What’s the problem?”

He swiped his forehead with a muscular forearm, smearing the smudge. “Damned if I know.”

Crap, why couldn’t I come up with suave comments like that? Obediently, I stuck my head under the hood, but my first good look was at his lower extremities since my eyes were hidden from his gaze. Nothing wrong with what I saw.

I recovered my senses, and started tracing and testing wires from here to there like I did on my rambler. Of course, the Impala was different… it was ruled by computers while my Rambler didn’t even know what one was.

“Get in and try to start it,” I said in as manly and masterful a voice as I could manage.

“You been having trouble starting the car?” I asked.

“Your starter’s gone.” I frowned. “Did the car die on you while you were driving?”

He dropped his gaze. “Uh… naw. I pulled over to take a leak.”

Oh my lord! A few minutes earlier, and I might have been able to behold that awesome sight.

“And then it wouldn’t start.”

“I can give you a lift to the auto parts store.”

“Thanks, but what do I do then? Maybe I oughta call for a tow.”

“I can probably install it for you.”

Man! He called me a man. Well, probably not. Just a jock term of address.

Shortly thereafter, Roger’s shapely butt was planted in my driver’s side seat as we headed to town. I might not let anyone else sit in that seat ever.

At the auto parts store, we waited while a man fussed around in a big book before poking on his computer for a few minutes. Then he walked away and came back holding a Chevy Impala starter in a box. Roger whipped out a credit card—imagine that, a credit card of his own—and we were on our way back to the stalled car.

I liked it when he looked at me… gave me substance.

I nodded to the back of the Rambler. “Every tool I own’s back there.”

Once we reached his crippled car, I dragged out my toolbox and went to work. For an hour I felt like the king of the world. Roger the Handsome snapped to, handing me this tool or that one on order. And he stood close, watching what I did, which gave me a dozen—a hundred—satisfying glances at his buffed form… his buffed lower form.

That was the shortest hour of my lifetime. Long before I was ready, the starter was in place, he fired the engine, and it caught. Purring like it was rearing to go.

He got out of the Impala as I slammed the hood. His broad smile turned my knees watery.

“You’ve got magic in your fingers, Widge.” He did know my name. “What do I owe you?”

I held up my hands. “Nothing.”

“Aw, come on. It would have cost me a fortune.”

I shook my head. “I don’t want your money, Roger.”

Jeez, I feel for the guy. Have you ever worshiped someone from afar, especially as a youth? It can be excruciating, can’t it? Well, Widge has his foot in the door now. Let’s see next week if he can wedge something else in, as well.