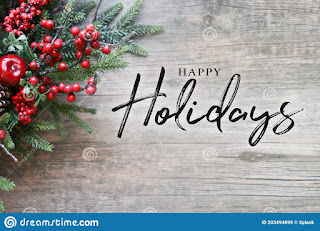 This week, it’s time to wish a merry Christmas or a Happy Holiday season to everyone. But it’s important to remember there are those among us who don’t always share in this time of celebration and good cheer. So take a gander at the following.

I spotted the kid sitting alone on a bench in the far end of the Coronado Mall. He’d chosen a seat with the least foot traffic in the whole mammoth complex. I stood and watched him ignore the squeals of happiness and good Christmas cheer echoing all over the place. Even though I was obviously watching him, he didn’t seem to notice me. Lost in his own loneliness and misery, most likely.

I glanced at my watch. I still had half an hour before I needed to be back at Santa’s throne in the middle of the mall. I walked in front of the kid, and as anticipated, he didn’t even notice me. And I was dressed in a bright green, goofy elves’ costume padded to make me look chubby. I turned and headed directly for him. Good-looking kid around sixteen or seventeen, dark, wavy hair slightly disheveled. I’d bet anything his eyes were the color of dark chocolate M&Ms. When I invaded his space, he lifted his gaze and proved my point. Good clothes, gray chinos and a brown coat with a tear on the sleeve. There was a light dusting of grime on him that would only grow deeper with time.

As I invaded his space, he looked slightly startled to see a five-foot-ten green creature in tights with red stripes circling his legs. When it became obvious I intended to share his bench, he shifted to the far end and started to rise, but I caught his arm.

“I’ve got a problem you can help me with.”

“I have more energy bars than I can eat. I’ve got to go back to work in a few minutes, and I don’t want them poking out my costume at awkward places. Can I give you some?”

Something lighted his eyes for just a moment. “Yeah, sure. Guess I can help you out.”

He held out semi-dirty hands as I unloaded six or so energy bars into them. They were for the kids visiting Santa, but I figured he needed them more than those kids.

I eyed him sharply. “You have noticed I’m dressed like the Jolly Green Giant with red banded legs, haven’t you?”

He mustered a smidgen of a smile. “Yeah. Figured you were with that bunch down yonder playing Santa and his Elves.”

“Right you are. I’m the Happy Elf on a dinner break. And you are…?”

“Sam,” he said after a moment’s hesitation.

I held out a clean hand, and he clasped it with a grimy one. “Glad to meet you, Sam. You can call me Happy. Only people who’re pissed at me call me Happy Elf.”

No response. He was withdrawing again.

He shook his head.

“Do you mind if I take a few guesses?”

“You could get up and walk away. But if you do that, you’ll miss an opportunity to communicate with someone, and my first guess is you don’t have anybody. Right?”

He nodded this time.

“Guess number two. “You haven’t been out on your own for very long.”

He relaxed his lips long enough to say. “A week. Five days, actually.”

That almost brought a sob, but he nodded.

“Guess number four. They threw you out. Probably, your old man.”

He really had trouble with that one, but finally got out the word “Yeah.”

“Kinda rough out there, isn’t it, Sam? Worse this time of year. Albuquerque gets cold at Christmas time, but a guy can survive that. It’s the Christmas spirit all around you that makes it harder. Wish I had a place to offer you, but I don’t. That’s not an excuse, it’s fact.”

“You obviously come from a good home.” I paused to reconsider. “Well, what I mean is your clothes are good quality, you’ve got an expensive haircut.” I frowned. “Shoes don’t match the rest of your clothing, but—”

“Guy took them from me last night. Don’t even think they fit him, but he took them anyway. Left me these ratty old tennies.”

Sam indicated his torn sleeve. “Tore my coat when he tried to take that too. But I hugged myself so tight he couldn’t get to the zipper. So he took my billfold and left. Had everything I owned in the wallet.”

“I get it. It’s a dog-eat-dog world out there. And the predators rise to the top of the food chain. I’d help you out with some cash, but I won’t get paid for this gig until Friday. I looked at his handsome face haunted by a hangdog look. “You got a foxhole?”

“Foxhole? Oh, you mean a place to sleep. Got a box in an alley… if someone doesn’t take it away from me tonight.”

“You had anything to eat yesterday… today?”

He nodded, and mumbled “hamburger,” blushing as he did so, telling me how he’d gotten the money. He’d sold himself. Probably for the first time.

I leaned back on the bench, my green, padded belly sticking out obscenely. “Care to tell me how you got kicked out?”

His chin dropped lower, and his cheeks really flamed. Once again, he revealed the answer.

He looked at me then. For the first time, really. “You do?”

He bit his lower lip and fought to hold onto his emotions. He nodded.

“And the old man objected.”

“M…my mom too.” A tear hid in those words. “She agreed I was an abomination.”

“But it was him who made the decision.”

His head bobbed up and down.

“So he drove you down to East Central and let you out.” A little silence grew as I let him try to regain control of himself. “You know, Sam,” I said at last, “believe it or not, I know someone just as miserable as you.”

“Your folks. You think you’ve had it bad for the last five days, but I’ll bet they’re suffering as much as you are.”

He shook his head.

“Don’t be fooled. It wasn’t easy on them either. Maybe you’ve all learned something.”

“I know. But that was to earn a meal. Doesn’t mean a thing. Forget about it. Well, maybe don’t forget about it, but put it in its proper place. When you came out, you weren’t talking about getting with men for money, you were trying to explain how you felt about someone you know.”

I smiled. “I can tell just by looking. Offering yourself to strangers never even crossed your mind until you went hungry for a day or two. But the thing that made you be honest with your family is lots stronger than that. You know what, it’s as strong as what drew your folks together. Just as strong.”

“Damn right.” I smiled. “Elves aren’t supposed to swear, but I needed to make it strong enough so you’d hear. Look, Sam, I can’t offer you a place to stay or money to get by with. But I can offer you one thing that’s just as important.”

“This,” I said, holding out my cell phone. “Call home. If nothing else, you’ll hear your mother’s voice once again.”

“I know what they said. But call and see what they meant.”

After a moment of indecision, Sam took the phone and punched in a number.

I nodded to a bench about twenty feet down the mall. “I’ll wait over there.”

After taking a seat, I watched the attractive young man hesitantly say something into the cell phone. A deep frown claimed his features before morphing into an uncertain smile. I watched the sadness and loneliness fade away as he spoke. Then I saw the moment of crisis when I imagined he was telling one of them—likely his father—that he hadn’t changed. More uncertain moments passed before the kid beamed and held out a fist—thumb up.

Moments later, he came over to return the phone, enthusiasm battling with happiness wrestling with relief painted across his features. “They’re coming for me. They want me to come home. Can you believe it? They… they love me.”

He went serious. “Yeah, for a minute. Anyway, thank you, Happy. I wouldn’t have called them if it hadn’t been for you. Don’t know how to thank you enough.” He clasped my hand and then gave me an awkward hug.”

Sam headed for the mall main entrance, still thanking me, pausing now and then to give me a huge smile, a thumbs up, and a heartfelt, “Merry Christmas.”.

My pleasure for him didn’t carry me far. He wasn’t yet out of sight before I sank back on the bench, wrapped in my own memories. My dad had driven me to what he called “Indian Alley,” and literally pushed me out of the car before driving away in a rage.

I’d had similar experiences to the ones Sam described, except worse. For about a week, an older, stronger youth had claimed me as his “bitch,” raping me at will. I only escaped his clutches when a younger, fresher mark showed up. I managed a phone call or two, but my father hung up the phone when he found it was me on the other end of the line, and my mother was too afraid of him to help me.

In time, I found how to survive without debasing myself. I took odd jobs and was able to afford a rooming house where I could rest and clean up and clean my clothes. After a year, it wasn’t all that bad, except for the loneliness. I really missed my little sister.

The guy I wrecked my life for by confessing my love for him to my parents? So far as I know, he never looked for me. Like the bully, he’d probably found someone else.

The kicker? I’d seen my old man pick up a kid a time or two. To make matters worse, he saw me and knew I was onto him. That was the final nail in the coffin. I never even tried to phone home again.

But hey, I’m Happy the Elf. At least for now. So it’s time to go blow some happiness toward all the little guys and gals who still believed in the spirit of Christmas.

Makes a guy think, doesn’t it. At least, I hope so. Everyone have a Merry Christmas or a Happy holiday season. Put away the cares of life for a brief instant and celebrate.