And the Widow Wept (Part Three of Three Parts) 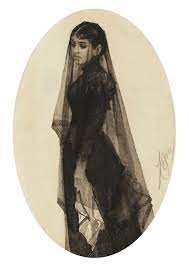 Thanks for your comments, guys Appreciate them. Today we wind up the story with a very long ending that might should have been done in two parts. But I wanted resolution, so here it is.

“Chess, what happened? Accident? What?”

I closed the call and headed out the door, not even bothering to say a word to my partner. Didn’t need to, he followed on my six. Once we were moving and heading north on I25, I filled him in.

“Where in North Albuquerque Acres do they live?” he asked. I gave him the address. “That’s probably in the county.”

“You’re right. It is. Phone the Bernalillo County Sheriff and fill them in. Tell them we’ll be on hand because of a personal connection to the victim.”

“Are you sure there is a victim.”

The county must have had someone in the vicinity because they were already on site and tape was up by the time Detective Jon Murphy and I arrived. Chess immediately broke away from a county deputy and raced to meet us.

“Settle down. Let’s go back to the deputy so you can finish giving your statement, okay?”

“Yeah, sure. Whatever you say.”

Our shields got us through the crime scene tape and into the presence of the deputy, who’s name tag read “Ramirez.” We introduced ourselves, told of our interest, and asked what happened.

Ramirez decided to be cooperative. “The victim, identified as Zorn Allen Mendes, age 36, was found dead by this young man in the family den at approximately five-fifteen this afternoon. He called you, Detective Gainer, instead of the county. I understand you relayed the message to the sheriff, and here we are.”

Things were beginning to straighten themselves out until the county undersheriff arrived and tossed us out on our ears. Zorn was a prominent attorney, and the sheriff wanted the case for his department, not the Albuquerque Police. The Mendes residence would be declared a crime scene, so I suggested a hotel to Chess and asked him to call me when he was free to do so. Lynnann and the other children were being interviewed inside, so I didn’t get an opportunity to speak to them.

Jon and I mulled over what we’d learned from Chess and the deputy, Ramirez. Lynnann claimed to have been at the country club for a dinner with friends. That’s where she supposedly was when Chess called her about the tragedy he discovered after returning from an early date at the local swimming pool.

Edwin had attended a soccer game with friends, and Zorn, himself, had apparently played a round of golf at the country club, declined to join his wife and her friends for dinner, and returned to the family home, a large mansion set on a three-acre estate in Albuquerque’s Far Northeast Heights, with his daughter. So the twelve-year-old had been in the house when her father died. Upstairs and playing in her room, according to Chess.

There was no sign of a break-in, so Zorn knew his killer… or it was a family member. Or one of their two domestics. Or a host of others. That gave me a start. If our situation came to light, I’d be added to that list. No one else had such a “personal” connection as I did.

As soon as we arrived back at the station, I caught my lieutenant as he was leaving and asked for a conference. Thereafter, I detailed my relationship with Zorn Mendes to my boss so it was on the record, and my partner so he wasn’t blindsided. I had no fear of being seriously considered as my lover’s killer because Jon and I had spent the afternoon together, questioning people in a developing white crime case that was likely to become headlines. The possible bribery of a juror on a murder trial panel.

Chess didn’t call until late and sounded so despondent that I ignored convention and went to his room. When he opened the door, backlit by lamps inside, I was momentarily taken aback. It could have been Zorn inviting me in.

Uncle Drew,” he said, using our handshake to lever me inside and close the door. He dry-washed his face and started over. “Drew, I can’t believe it! Dad’s dead. Gone.”

I drew him into my arms and held him tight, as I’d done many times over the years as he grew up. “I know it seems like everything’s falling apart, but you’ll be all right. You all will.”

His voice, muffled by my shoulder, was faint. “Even Cicily?”

I held him at arm’s length. “She’ll likely have the hardest time of it because she’s the youngest, but with your support, she’ll be all right.” I paused and then stuck my nose where it shouldn’t have gone. “Do you have any idea of what happened? Was anyone else in the house?”

He shook his head. “Not that we know of. Just Dad and Cicily.” He shrugged. “But who knows? The servants were off that day, and there was always someone coming around.”

“Did Cicily hear anything? She seemed almost dazed when I saw her at the memorial service.”

“She says not. But I do know she saw Dad’s body when they brought her downstairs. She shrieked and went to pieces.”

“Who was first to get home after you called?”

“Mother…thank goodness. She was there when Cicily fell apart.”

“How did Lynnann react?”

Chess’ eyes hardened. “Like it was nothing. Oh, she said all the right things, even cried, but there was nothing behind the words… or the tears,”

His attitude didn’t surprise me. Zorn had long ago confided his marriage was one of convention, held together only by the need for a “loving” family in the background and the presence of the children. He’d threatened divorce, as had Lynnann, more than once over the years. Lately, he’d remained in the marriage only because of the children, especially Cicily.

“My parents despised one another, Drew,” Chess said. “She hated him more, but I understood.”

“He had you. She ran around too, but she didn’t have anyone permanent. So she poured all of her attention on my sister and totally screwed her up. Made her mad at the world… her world, anyway. Sis and Dad had been having awful squabbles lately.”

His words sailed over my head as I realized what he’d said earlier. He knew? I didn’t even try to deny it. “Who else knew? About Zorn and… me?”

He shrugged. “Everyone. When Mother found out, she made sure we all knew Dad was the philanderer in the family.” He looked shocked and grabbed my shoulders. “I mean—”

I know what you mean, Chess. How did she find out?”

“That’s the one thing she never told us, but I suspect she hired a private detective to get something on him.”

She obviously found something. Wonder why she never acted on it?” I dismissed that thought and moved on. “What was everyone’s reaction to her accusation?”

“Edwin just shrugged. You’re his Uncle Drew, and she wasn’t going to bust that up. Cicily, I don’t know. She never talked about it, at least to me.”

He avoided my eyes for a moment before staring directly into them. “It’s the reason why I’m included in the suspect pool.”

He studied a bland commercial painting with a lot of blue and orange hanging on the wall for a long moment. “I was jealous.”

He shifted his gaze back to me, his big, brown eyes haunted. “He had what I wanted.”

I had trouble drawing a breath. “And what was that?”

“You. I’ve been jealous of him since I hit puberty even though I didn’t know why. Not until Mom said it out loud. He was your lover. I wanted that for me.”

He moved before I got over my surprise. I allowed the kiss to linger longer than I should have before gently pushing him away.

“Chess, we’re all in an emotional stew right now. Once things have settled down, we’ll talk about it. But not right now, okay?”

“No, it’s not okay. Now’s when I need you, but I understand. You need the time, not me. But I’ll be here whenever you’re ready.”

I hadn’t known a nineteen-year-old could be so mature.

The county sheriff’s office never solved the Zorn Mendes case, most likely because they were not willing to consider the obvious. Cicily never quite recovered from her father’s loss. She wasn’t exactly catatonic, but she wasn’t far removed. Eventually, it became obvious to even Lynnann that she needed help. Couch visits with psychiatrists didn’t help, and six months after Zorn’s death, she was admitted to a psychiatric ward in a noted hospital. Her mother was inconsolable.

Edwin transferred to a college back east at the first moment possible. We had a long talk before he left, reaffirming our friendship and fondness for one another. He made it clear he was leaving in order to get away from his mother who had become something of a shrew… his word, not mine.

Not long after that, Chess came to my house and sat opposite me on the couch. After studying the ottoman between us, he lifted those beautiful, brown eyes. “I don’t know about you, but I’m ready.”

Then he was in my arms. His kiss was reminiscent of another, but definitely had its own taste, its own distinct thrill.

After we drew apart, he gave a smile. “By the way, I told my mother.”

“That I was yours, or soon would be.” Then he went about undressing me as if he were experienced at the task.

And the widow wept.

Now you know as well as I do, that my intrepid investigator BJ Vinson and his sidekick Paul would never have ended a story this way. Nonetheless, there it is. We don’t know why little Cicily took a club to the back of her father’s head, but we can be pretty sure it was something her mother carped about again and again. So was Cicily guilty of murder… or was her mother? All Detective Gainer knows is that it’s not his case and that in its own perverse way, justice has been served.

Hope you liked the story.

Next week? I haven't a clue.