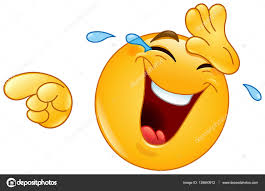 Last week, it looked as if Chuck was about to pull his cock tease stunt on Wade Weatherman, college quarterback and big man on college. Let’s see how he manages it.

The apartment complex where Wade lived was typical of its breed. Four stories of studios and single or double bedrooms. Cookie cutter stuff. Nonetheless, it beat living in a dorm the way me and my three cronies did. I punched a button, and Wade buzzed me through without even asking who it was. Confident son of a bitch. Good. His comeuppance would be monumental. I smiled to myself all the way down the hall to his apartment.

When Wade opened the door to my knock, he’d made himself more comfortable by changing into sweatpants—nothing under them probably—with a sleeveless basketball jersey cut off so that it only reached his midriff. I had to admit it was sexy as hell.

“It’s okay. Keeps the rain off my head. Actually, it’s pretty handy. Campus is just a couple of blocks, so I don’t have to run the wheels off my car getting to and from school. Beer?”

“Sure. I haven’t reached my limit yet.”

He collected a couple of cans for us and led the way into his living room, plopping down on a long couch and indicating I should take the other end. Predictably, he turned sideways to face me, one bare foot on the couch, the other on the floor to make sure I got a good view. Nope, he didn’t have anything on beneath the sweats, that was obvious. There was nothing restraining his equipment.

He handed me my can and took a sip of his Coors. “Make yourself comfortable.”

So I slipped off my loafers and put one foot on the couch, almost but not quite, touching his crotch. I saw his eyes frankly studying me down there, so I returned the favor. Impressive, and I don’t think he’d even started to get an erection. Might as well hurry things along.

I stretched and my foot somehow ended up in his crotch. “Sorry.”

Before I could remove my foot, his legs scissored and trapped me. He lifted his gaze to meet mine. “No big deal. If you’re comfortable, leave it there.

This guy was moving fast. Damn, he was good looking. Good looking and sexy. Whoa! Where did that thought come from? I smiled and wiggled my toes, feeling him stir beneath my foot.

“Ummm,” he mumbled deep in his throat.

He lifted his bare foot from the floor and placed it in my crotch. His flesh added warmth to an area already generating some heat on its own. My time to mumble. “Ummm.”

I’m not really sure what happened next, but all of a sudden, he lay atop me, his face inches from my own. I’d never noticed how full his lips were. I’ll swear he had a surprised look on his face just before he lowered his head to mine. Startled, I opened my mouth—to protest?—and his tongue invaded my oral cavity.

I should have bitten it off, I suppose, but I didn’t. I merely moaned some more. The next thing I knew, he was unbuttoning my shirt while I lay motionless, as though paralyzed. Now was the time to do it. To get up and walk out the door. The guy was panting for it. Throw him off and stalk out the door.

But I didn’t. I had neither the strength nor the will. His fingers on my torso as he worked the buttons felt…. Hell, they felt good!

I still lay inert as he fumbled with my belt. Well, most of me was inert, but not the flesh behind my fly. And it really sprang to attention when he finally touched me without my clothing between us.

Now! Now was the time. But I couldn’t move. Couldn’t or wouldn’t. Did it matter? My nerve endings crackled as he ran his strong hands over my naked body, studying me intently with eyes that reminded me of deep pools of melted chocolate as he touched each part of me.

And then, the unimaginable happened. As I lay in the twin grips of indecision and desire, he lifted my legs and got into position. I cried aloud as he entered me, but immediately his lips closed over my mouth, bringing relief and… and desire. As he lifted his head to gaze into my eyes while his powerful hips thrust against me, a voice from somewhere gasped, “Harder. Deeper!” It took a moment to realize it was my own voice. It took another to believe I meant what I’d said.

Later—much later—he fell against me gasping for air, my semen trapped between our heaving bellies, his deep inside me. We lay silent, except for the rasp of air being pulled into oxygen-starved lungs until he spoke, his voice full of wonder.

“T-this didn’t…go the way it was supposed to.”

“No, it didn’t,” I acknowledged. Then the import of his words struck me. I lifted his head from the crook of my neck and gazed into those amazing eyes. “What… what do you mean, it didn’t go… the way….”

He touched my lips with a long finger. “I was supposed to get you hot and bothered and then toss you out on your ass.”

“Friend of mine. Said… said you were a cock tease. Damn near had him creaming in his pants three different times and then walked away laughing. Promised I’d teach you a lesson.”

I thought that one over for a minute. “Guess you did. Taught me a lesson, I mean.”

He laughed, stirring my stones. “Did at that, didn’t I? And what a lesson.”

He stirred against me, and I knew I was in for another hard ride. One that neither one of us would willingly walk away from.

Sometimes things work out one way, and then sometimes they work out another. Don’t think either one of them saw this one coming. I also wonder if Chuck’s three drinking buddies will figure out what happened.