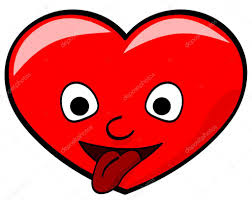 Once again, thank you for indulging me a personal post last week. It helped me more than I can explain.

This week, let’s get back to a short story, this one a two-parter. Hope you like it.

I grabbed the guy’s wrist and removed his hand from my fly where he’d been exploring for the last couple of minutes. “Sorry, fella. You’re not my type.”

The blond guy with chiseled features looked shocked. “Wha-what do you mean? You’ve been leading me on for the last half hour.”

I assumed an innocent air. “Really? Sorry about that, I gotta go join my friends now. They’ll be wondering where I’ve gone.”

Ron or John or Don or whatever his name was blinked in disbelief. “They’re sitting right over there at the table in the corner.”

I glanced around the Upperclassman, our favorite tavern. We were sitting on stools at the far end of the bar where the dim lights made the game I’d been playing less obvious. Nonetheless, my three buds at the table knew what I was doing.

Chuck,” Dickie said to me as I slid into the booth to rejoin my college mates, “are you up to your old tricks again?”

Darrell smirked. “Why do you get off on teasing those guys?”

“Because it’s so damned easy for him,” Bill said. “He’s better looking than most of the women in this place, and sexy as hell.”

Darrell shifted his smirk to Bill. “You saying you’d like to—”

“Hell no! I’m a dyed in the wool hetero. But facts are facts. Chuck’s good looking and sexy.”

“Must be,” Dickie agreed, “or he wouldn’t get them to drooling like they do.”

Them, of course, were the gay patrons or students or library fairies who haunted rest rooms or sat alone at bars. And it was true, I did get off on teasing them.

“What gets me,” Darrell said, “is how he can fool the same dude half a dozen times.”

“Easy,” I said. “Just spread your legs so they can get a look. Hope springs eternal, you know. Or so they say.”

Saturday night, the four of us claimed our usual booth at the Upperclassman, the neighborhood bar we favored. We never dated on Saturday nights, although before the evening was over one or more of us might make a hook up with some chick or the other. We’d just finished our first round when the door opened, and in walked Wade Weatherman, our college football team’s quarterback.

Bill threw a thumb Wade’s way. “There’s the only guy in the whole damned city that can give Chuck a run for his money in the looks department.”

Wade noticed we were looking at him and nodded.

That was quickly answered, Our local football hero collected a beer and claimed a stool at the dim end of the bar.

“Wonder why he’s alone Usually a chick’s hanging off each arm,” Dickie said.

I smiled. “Nah. He’s looking for something else.”

Bill speared me with a look. “You’re not thinking he’s….”

“The hell I’m not. He’s already glanced over here three or four times. Look, I’m gonna go place an order for a round. But if I sit down beside him, one of you guys come collect your drinks.”

“What better target than some jock who thinks he’s the cock of the walk. If I play this right, he’ll fall hard.”

I locked eyes with Wade before I was halfway across the room. I stood not three feet from him as I got the bartender’s attention and ordered a round for the table. Then I turned and faced my quarry.

He nodded and held out a hand.

“Guck Grieg,’ I said, accepting his clasp and holding on to it a bit longer than necessary. He didn’t fight me.

“Think I’ve seen you around,” he said.

“Probably on the tennis courts.”

His handsome face cleared. “That’s it. Barbra and I were playing doubles last week, and you were on the court next to us. You’ve got a killer serve.”

“Thanks. Don’t do bad, yourself.” I eased down o the stool right beside him and snagged one of the bottles the bartender put on the counter. Bill came over and collected the others.

It was easy to get Wade talking. I just mentioned last night’s football game, and he was off and running. He was a pleasant guy, much nicer than I thought a super jock would be. He asked my opinion on some details of the game and seemed genuinely interested in my answers.

And right on cue, he twisted to face me and opened his legs. It was too dark to really see anything, but it was an invitation I’d often used on my marks. So I did the same, bumping knees as I did so. He glanced downward for a moment. Natural enough, I guess. Jocks always measure themselves against others.

Not long after that, I could see he was getting anxious. He drained his glass and set it down.

Inuendo? I played along. “Where to?”

“Naw. I got digs right off campus on Roma. You game?”

I smiled. Perfect. I could leave him at his place waiting for a no-show… me. “Why not? “Okay, but I’ll take my own car.”

“Sure..” He gave me his address and headed out the door.

I stopped by my table and arched an eye at my buds. “He’s asked me to his place.”

“So what are you gonna do, leave him in the lurch?”

I frowned. “That was the first thing I thought of, but… but….”

Dickie laughed. “You’re gonna go get him hot and bothered and then walk out the door.”

“Just make sure you have an exit ramp,” Darrell warned.

As I slid into the front seat of my Camero, I paused to rethink things. Yeah. This was better. If I just never showed up, I wouldn’t get to see the look on his face when the big man on campus got trashed. This way, I could get him all hot and bothered and just walk out on him. He’d probably expose himself, and I could take a hike, leaving him pulsing in the air.

Have you ever known someone like that, someone who deliberately leads you own and then walks away laughing. I did… a long time ago. Let’s see how his scheme works out next week.