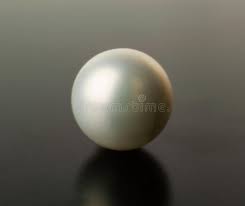 It’s interesting to note that the most readers for the past few months have been from Indonesia. Sweden, Germany, and Russia have vied for second place, and the good old USA often falls to fourth place. Wonder what’s behind that?

This week’s post will likely put everyone fighting for last place because I’m going to post about something personal this time. I really don’t know why I do this, as I’m probably the least interesting fellow on earth most of the time.

Thank goodness the last week is behind me. And I say this as someone who needs to think twice before he willingly lets go of each day, much less a week.

Monday I held a meeting of my Wordwrights Writing Group, a class at North Domingo Baca I’ve taught for over nine years. Normally a day to look forward to. But the pandemic has brought changes, and I’m not someone who embraces change. If it worked for nine years, why change anything? Because we haven’t been able to meet in person for a year and a half—thanks COVID—we either needed to shut down something that’s gone on for 18 years (someone else ran the class for nine years before my co-host and I took it over) or adapt. Adapt meant Zoom. Zoom means technology, and I don’t deal well with technology. Nonetheless, what had been a twenty-to-twenty-eight-person weekly class became a twelve-to-sixteen- person Zoom class. Okay for exchanging information, but not so hot for camaraderie.

When the state reopened the civic centers, we were invited to hold classes on the premises of North Domingo Baca (NDB) again. Okay, but our situation had changed. One long-time class member moved to Australia, another to Idaho, a third to Texas, and a fourth to North Carolina. All wanted to continue, plus some of our in-town members weren’t comfortable in public yet. Ergo, we started holding classes on the campus at NDB, but still provided Zoom service for those who want it. So now we have change to the change I dealt with before. The first class was miserable, the second got aborted so the Roomers held their own meeting while the Zoomers did the same.  Thereafter things have worked out reasonably well, except that some of the laptops in the room produce squeaks and squeals, even if microphones are muted. I rated this day as a Black Pearl.

To describe Tuesday, I have to go back a bit. Over six months ago, I developed some internal bleeding that abruptly disappeared after the doctor had me go back on some GURD medication he’d allowed me to terminate. Nonetheless, my primary care doctor wanted me to do a colonoscopy. Because of COVID (here we go again), the hospital wasn’t able to schedule the procedure until June 26. So on that date, I underwent not only the colonoscopy but also an endoscopy. Results were favorable, nonetheless they wanted to do a capsule endoscopy, wherein I swallowed a capsule camera to pass through my GI tract to cover areas the other two couldn’t reach. Okay, that required some of that wonderful Golightly stuff (which definitely impacted Monday and contributed to that day’s Black Pearl classification) So I went in at 7:15, swallowed the camera, and was asked to return at 4:00 p.m. so the staff could retrieve the big, awkward black belt I had to wear all day so they could read the results on the bulky device affixed to said awkward black belt. The camera was left to its own devices. Well, when I got ready to drive to the hospital, the Good Lord deemed it appropriate to open up the heavens and mimic Noah’s flood in Albuquerque. The 30-minute trip took one solid hour (rain all the way) in my own Ark, a 2012 GMC Terrain. The clinic was closed, so I roamed around until I found someone to take the belt. Definitely a Black Pearl day.

Wednesday was notable for a pleasant lunch in an outdoor venue with five friends, although one revealed a potentially serious medical problem. Likewise, my intestinal tract was still touchy.  Even so, I rate it as a White Pearl day.

Thursday also requires some explanation. I have taken up eating popcorn again. When I come across a kernel, I test it gently between my teeth, and if it’s soft, I grind on it until it’s pulp. A week and a half earlier, I had done just that, and that kernel became the crunchiest thing I’d ever eaten. That night when I brushed my teeth, I discovered I’d crushed and devoured a crown on a premolar. Thursday was the earliest appointment with the dentist available, (I had no pain), so I went in that day for tooth repair. An hour and a half later I walked out of the dentist’s office with a new temporary crown and with almost $1,300 less in my savings account. Most definitely a Black Pearl day.

Friday and more background. In late June my surviving son and I took my elder son’s ashes to Valles Caldera (the most beautiful place on earth to me) to spread them in a lovely, peaceful Ponderosa pine grove overlooking the grassy plain and Little La Jara, a pine-shrouded volcanic knoll. Once that was done, I promptly fell flat on my face, scratching my forehead, skinning my nose, and making a mess out of my knees. I do not remember the fall, but definitely recall hitting the ground. My son said I was standing still and toppled over on the forest floor without putting out my hands or otherwise trying to break my fall. I’ve fallen before, but that one was different. I made the mistake of letting my primary care doctor know about it, and he scheduled an appointment. That rolled around on Friday. The result? He wants me to have physical therapy. Bummer. As much as I hate exercising, the ten-mile one-way trip to the hospital is even worse. Maybe—just maybe—we’re going to be able to get the therapist to come to me, not the other way around. Regardless of how that comes out, it was a Black Pearl day.

Count ‘em up. One white pearl in the middle of four black ones.

Thanks for indulging me in some personal bitching. Come to think of it, I guess it’s good to be able to be around to bitch.