He Only Came Alive… ( A Repost) 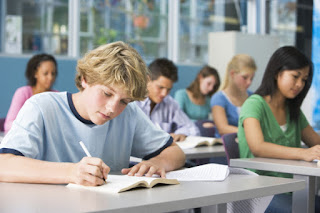 The short story that follows is a repost from February 20, 2014, some seven years ago. I wonder how many remember it? Shout out if you do.

HE ONLY CAME ALIVE …

“He only came alive when she was in the room.”

That line was the only part of a long-forgotten book that stuck with me. But stuck, it had. Every once in awhile it would pop unbidden into my head, usually when I was bored and in need of distraction.

Like now in Professor Stood’s American Lit class. That’s Stood with O’s as in too, not as in wood. If the old windbag had the brains to spell it S-t-u-u-d, he wouldn’t have to correct everyone all the time. At the moment he was discussing the minimalist quality of Earnest Hemmingway’s writings. That was definitely boring. The only thing of Papa’s I liked was For Whom the Bell Tolls. The rest were just so many black ink marks sullying pristine paper. A Farewell to Arms fit particularly well into the latter category, so far as I was concerned.

So naturally, my eyes were playing the endless game of “Is-She-the-One?” I regarded Sara Tillingham across the room, her sharp chin resting in the palm of one hand, eyes (brown, I believe) fixed on the rotund instructor. She’d be wearing something that smelled of roses. Attractive but studious. Imagining her future conjured only images of ivy-covered buildings and classrooms. A teacher. No, a professor. A tenured professor regaling her students in a high, thin voice. Her spare time would be spent penning romances under a nom de plume.

Sorry, but I couldn’t imagine her illuminating my life.

Winsome Williams, two rows behind Sara, was something else. Her aroma would be lavender. Definitely lavender. I shifted in my seat for a better look. From her appearance, you wouldn’t think she came from money, but I knew she did. Blonde, blue-eyed, pert, pug-nosed, and so packed with curves they verged on the vulgar, she was expensive trashy … by design. No classrooms in her future. More likely bedrooms. The picture of an expensive madam with a low, silky voice leapt to mind. Would she brighten my life?

Beth Hughes, just a row over and two seats ahead of me. Compact, wiry, a strong alto with lots of vibrato. A tennis phenom at the U, she always smelled of Wind Song … sometimes woody, sometimes floral. Pretty in a jock sort of way. It wasn’t hard to visualize her future: US Open, Wimbledon. Endless tennis courts… clay, grass, concrete. Keeping up with her would be demanding, and probably exciting at times.

Too much of a competitor.

Everyone made ready to leave when Stood dismissed the class. I rose, stretched, and turned to grab my backpack hanging over the desk chair.

I glanced up to see Ricardo Alban grinning at me.

“Saw you checking out the gals during the lecture.”

The smoldering, sloe-eyed stare of the tall young man with a throaty baritone, a hint of Brut… the Essence of Man… always clinging to him made me pause. As I took in the smooth olive skin and wavy black hair, my stomach dropped. My blood sang.

“Wanna grab a beer at the Student Union?” His left eyebrow arched. “Or I have a couple of beers in the fridge at my room.”

Maybe I’d have to alter that sentence from the long-forgotten book ever so slightly.

Can self-awareness really come in a flash like that? There’s no question in my mind our protagonist knew exactly what Ricardo was suggesting, yet he didn’t hesitate a second. Does this remind you of an incident in your own life? If so, let me know.

Email ThisBlogThis!Share to TwitterShare to FacebookShare to Pinterest
Labels: Ernest Hemingway, Is she the one, Looking for a date, Ricardo, Surprise