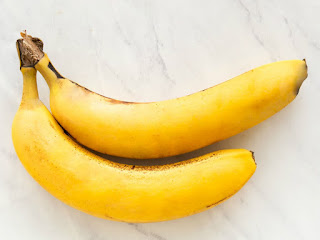 Last week, I mentioned that my son Clai’s ashes were to be delivered Wednesday of that week. I was out when they tried to deliver the package so I had to go to the post office to claim it. I thought I was mentally prepared, and handled it all right… until I walked from the car to my apartment and realized I was carrying my adult son in my arms just as I did when he was an infant. Have to admit, that got to me some. But enough of that.

Hope you enjoyed a look at The Cutie-Pie Murders last week Am anxious for the novel to be out. But today, I want to give you another short story. In some quarters “Sty Wardlow” would be considered flash fiction, although it runs more than the 500 words some people use as a measure. At any rate, I hope you enjoy the tale.

Sty Wardlow—birth name, Stanley, and actual nickname, Pig Sty—was usually as neat as a pin and as clean as a recently laundered T-shirt. He didn’t come by his nickname from slovenly habits; he earned it because of where his mind dwelt. Or so his peers claimed. Only eighteen, he was sex obsessed. He’d never had any, but he rarely thought about anything else. He looked at a banana and saw a penis. A grapefruit and observed a ripe breast. A…. well, you get the idea.

So he was floored one day when he spotted an unfamiliar face moving down the hall between classes amid a flood of other students. Tall for a girl, but it was the most beautiful face he’d ever seen. Way better than Libby Sneldon, Drake High’s football queen, prom queen, and everything else that had a queen. Wonder if the new chick had a figure like Libby’s. Sty hadn’t been able to see anything through the crowd of moving, chattering students except that beautiful face and a head of black, black hair. Neither short nor long. He earned irritated mutters when he came to a stop and turned around to watch that magnificent mane of hair disappear around the corner. His body reacted in a way that made him think of a banana.

Sty got the shock of his life when he reported for tennis that afternoon. He spotted the same face atop a slender but muscled male form. He tried to keep from staring as he shook hands with the new guy in school named Ransom Wellerby. The guy had a prominent Adam’s apple, so he was definitely a dude.

“Call me Ran,” the stranger said. His shake was firm. Not crushing and not a dishrag… just right.

He’d bet anything they called this guy Handsome Ransom at his last school. Smart. Cut it down to “Ran” straight off the bat.

“You wanna hit the court for a set of singles?” the new boy asked in a voice that registered somewhere between a baritone and a bass.

“Why not?” Sty answered, deepening his voice somewhat.

Maybe he was distracted or maybe Ran was a better player than he was, but whatever the cause, the new kid whipped him four ways to Sunday… six games straight.

“Okay, I surrender,” Sty said, after Ran put away the final shot of the set. “You’re better than I am.”

“I’ve seen that look before.”

“I’m an air force brat. We’ve moved around a lot. First time somebody sees me, they get discombobulated. Doesn’t take long for that to wear off.”

“Discombobulated by what?” Sty asked.

“They look at my face and figure I ought to be a girl. We get on the court, and they find out I’m not. Am I right?”

“No… yes. Well, maybe. I gotta admit you’re one good-looking dude. I could probably squint my eyes and see you as a chick.”

“Except I’m not.” Ran halted on their way to the boy’s locker. “Sty. What is that? Short for Stuyvesant? I heard your name was Wardlow.”

“I got time. This was my last class.”

Ran’s chocolate brown eyes scanned his frame. “Look clean enough to me. A little sweaty, but who isn’t after six hard-fought games of tennis.”

“It… It’s not my appearance. It’s well…. It’s just that I think about sex a lot, so the girls started calling me Pig Sty. It stuck. Hell, even my folks call me Sty now, even though they don’t know exactly why.”

Ran laughed, sending chills up Sty’s back. The image of a banana popped into his head.

“That’s rich,” Ran said, moving on toward the locker room. He shot Sty a hooded look. “Sex, huh? Who doesn’t think about it? But I guess it’s the doing of it that counts, right?”

Sty figured his ears would have lighted the darkest corner of the blackest closet. “Yeah. Right.”

“Well, of course I know. And the answer is no.”

Ran halted and looked straight into Sty’s eyes. “You’re one good-looking dude too. Wanna try it?”

Apparently the new boy at Drake High doesn’t fool around. Well, it looks as though he “fools around” okay, and he does it on an accelerated basis. Any thoughts on whether Sty took him up on his offer or not. I have my own ideas about it… but wouldn’t want them influencing your own.