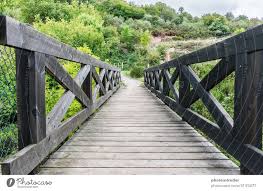 Good morning, readers. Today, I give you something totally different from what you usually receive from me. I hope you enjoy it.

The man eyed the approaching horsemen warily as he stepped out of his crude tollhouse into the middle of the road. Normans—from the look of them. Oh, how he longed for the days when Harold still sat on the English throne. But William the Bastard had done him in right proper at the Battle of Hastings not yet three years arrears. And now it was the Frenchies who ruled the land.

“Nay,” his prior always cautioned. “Not Frenchies but Normans.”

“Bah. Show me the difference,” he always retorted, holy man or not—and when you came to the nub of the truth, he suspected not.

“Embroidery called lace yet be embroidery,” his old mum of blessed memory had oft reminded him. Where she got those high-fallutin’ ideas, he’d never know. She’d never cast eyes on a single scrap of lace, he’d wager.

Despite his internal grumblings, he tugged his cap and gave a bow of deference to the stout man weighing down the saddle of a splendid gray, careful to include the mistress riding sidesaddle in her fine gown and the pimply heir aboard a black that looked too much horse for the lad.

“Greetings, Milord, Milady. A beggin’ yer pardon, but this is a toll crossing o’er the river.”

The haughty man tossed a coin in the dust. “Aye, we know, traverser. Now get out of my way.”

Leaving him to scramble for safety, the Norman dug spurs and sent his steed across the bridge. Milady’s mare trampled the coin into the dirt, and for good measure, dumped dung apples atop it.

The traverser cursed softly as he retrieved the toll coin, cleaned it off, and added it to his purse. The dozenth crossing of the day, and it twern’t yet high sun. His Lordship would be pleased.

That traverser might well have been a distant ancestor of mine. “Traverser,” is the French Norman term for toll (tax) collectors at crossings or bridges. Most agree it means to cross over. Many in the trade took the surname of Travers, something common in England where family names often described the bearer’s livelihood. Cooper, Smith, and Taylor readily spring to mind. In time, some with the family name of Travers came to be known as Travis. Why? Who knows?

Strip any name to its root, and you’ll find various spellings. Some grew out of erroneous spelling on formal documents that carried forward for that branch of the line. Others were likely changed deliberately because it sounded better or to differentiate one branch of the family from another. If you happen to recall guest posts of my fellow Okie Donald T. Morgan’s novel Miasma, you know the heroine’s family name started out as Elder. But one of her ancestors married a woman named berry, and thereafter the family was Elderberry.

In common usage, especially in the United States, Travis can be either a surname or a Christian name (family name or first name—or a second or middle name). As a given name, it is usually male, but in a few instances, I’m told it is borne by a female—although I could not find an example.

Likely the most famous Travis I could find was Col. William Travis, who died at the Alamo at the hands of the despicable General Santa Ana. I say despicable despite the fact the Texicans were trying to swipe a sizeable portion of Mexico from the Mexicans. And, of course, they were ultimately successful. Nobody I know in the family has ever claimed kinship to the famous martyr, but then I don’t believe anyone’s ever dug into our ancestry. Probably afraid of that they’d learn. I certainly haven’t… except for this little bit of nonsense, and that was a search for a name, not a lineage.

Even so, researching the meaning of names can be interesting. You might try it for your own name if you haven’t done so already.

If you stuck with me this far, you might be wondering why such an odd post. So I’ll confess. On Wednesday of this past week, my younger son suffered a heart attack. The surgeons removed a blood clot and installed a stint. An impatient man, he discharged himself from the hospital against the doctors’ wishes, and I was tasked with the unwelcome chore of taking him to his home—far too early in my opinion. Since then, I’ve either been busy or exhausted or not of a mind to create. After all, it was only January of this same year that I lost his older brother, an event which was at least partially because of a heart condition.

The above piece of nonsense it the result. Forgive me.

Email ThisBlogThis!Share to TwitterShare to FacebookShare to Pinterest
Labels: Old English-Norman names, Origin of Travis, Toll collectors, What does your name mean