Happy Thanksgiving Day to All 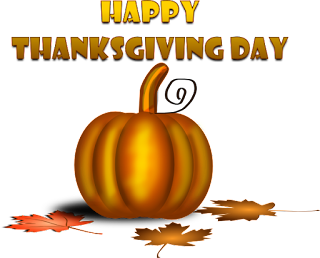 For the second week in a row, I’m going to post something unusual for me. Not a story… but a greeting to all on this national holiday of Thanksgiving. And a reminder we do not all view this holiday in the same manner.

Ever since President Abraham Lincoln in 1863—for political reasons of his own—declared the last Thursday of November to be a National Day of Thanksgiving, most of our citizens have blithely observed this holiday with a vision of a three-day feast by Pilgrims and Native Americans (namely the Wampanog) in celebration of a good harvest and the burgeoning friendship between the two peoples. As usual, it is history as written by the victors. In my opinion the story is pure myth.

·       In the first place, the pilgrims gave thanks by fasting and praying.

·       In the second place, the Wampanog were likely rethinking their welcoming of the strangers who came to their land aboard ships with great sales.

·       In all likelihood, the Pilgrims were dependent upon the Natives for survival in the early years, so it is unlikely they had much to contribute to a feast.

It appears to me that celebrants of this particular holiday fall into three general categories:

·     Those who genuinely address the holiday as a day of thanksgiving for their prosperity with an                  air of spiritual gratitude.

·        Others who consider it merely as a paid day off from work, usually enriched by turkey, dressing, sweet potatoes (or creamed potatoes), cranberry sauce, a green vegetable, buttered buns… and likely a pie for dessert. FYI, this is likely where I fall.

·        And those who consider this not as a day of thanksgiving, but as a day of mourning over the theft of billions of acres of land, a sustained and continuing assault on their culture, of genocide by murder, warfare, and the introduction of devastating diseases. For many years, some of our indigenous tribes have celebrated this as a Day of Mourning, not a Day of Thanksgiving.

In honor of the latter group, I would like to present a poem by my friend Mark Wildyr, who has written five books exploring how the attitude of certain tribes who honored Two-Spirits as people who could see from both the eyes of a man and the eyes of a woman changed over the years after the coming of the white men. He calls his poem, “Echoes of the Flute,” the name of the third book in his Cut Hand series. I hope you enjoy his thoughts:

ECHOES OF THE FLUTE

on canoes with great white sails,

honor them with booming drums

and welcoming songs of the flute.

Dismayed, we withdraw to lodges.

The beat of drums turns angry.

Hunger drives us from ancestral homes.

We fall to thundering guns, flee west across broad rivers.

Flutes give voice to fear.

They seduce with bright beads and iron hatchets, then trade

Buffalo, once flowing like rivers, now piles of sun-bleached bone.

Drums pulse in anger, and flutes call out for war.

Conquerors herd us to far, fallow patches of unwanted land.

“Be civilized and prosper.”

Drums remind of yesteryear, and flutes lament what was.

They weep for faraway fathers.

Flutes are cast away.

Where are our silent drums?

Hah! Our hearts swell in pride as young ones dance anew.

We are yet alive and always will be.

Drums lift up our spirits, and we hear echoes of the flute.

The reference to smallpox infected trade blankets in verse six, is likely yet another myth, although it is one widely told. But who knows the real truth?

I’ll attempt to get back to story-telling next week. Thank you for indulging me for the last two posts.

sts every Thursday morning at 6:00 a.m. US Mountain time.

Email ThisBlogThis!Share to TwitterShare to FacebookShare to Pinterest
Labels: Day of Thanksgiving; Day of Mourning, Genocide, Loss of Lands and Culture