The Old Man Across the Street (Part 2 of 2 Parts) 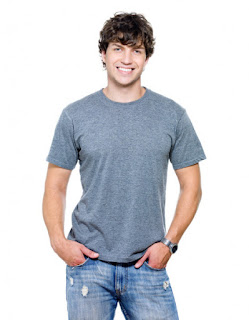 Amazing how lonely one can be in the midst of friends and neighbors. All it takes is the removal of a precious one. Let’s see what happens next. You will recall that Joey has just left for his first nine weeks of army boot camp.

THE OLD MAN ACROSS THE STREET

I tried in vain to tamp down my rising excitement. Joey was coming home on a week’s leave after finishing his first nine-week boot camp. Calm down, Warren. He’ll have so many friends to see, there’ll be no time for the old man across the street. Louise probably wouldn’t even get enough of his attention. Nonetheless, my heart started pounding the moment I spotted the taxi pull up in front of the Armitage home. I literally had to sit down to keep from rushing across the street and intruding on Joey’s reunion with his mother. I rose from my chair half a dozen times only to force myself to go get a drink of water or grab a handful of peanuts… anything to keep from walking out the door and crossing the street. Would he come see me before he started circulating among his friends? Probably not. The attraction of youth to youth was stronger than the draw of youth to age. And I suddenly felt every one of my sixty-three years. From my viewpoint, that wasn’t old. But to eighteen-year-old eyes, that likely seemed ancient.

I was rereading the two letters he’d sent me from boot camp when a rap on the door startled me. My heart raced, my hands lost control of the handwritten pages, dumping them on my desk. My knees almost refused to hold my weight as I got up.

Joey Armitage stood on my front doorstep, resplendent in slick sleeve khakis, the crossed rifles of the infantry glistening on his collar. The boy had become the man.

When I opened the screen, he brushed aside my handshake and enfolded me in a bear hug. “Mr. O,” he whispered in my ear. “Damn, it’s good to see you. I’ve missed you.”

“And I, you, my boy,” I squeezed past my voice box. I held him at arm’s length, noting that he was taller than I was. When did that happen? “Let me look at you.” I took in his full, smiling lips, his brilliant green eyes, and close-cropped brown hair and almost lost my voice again. “Well,” I managed to say, “they haven’t done any obvious damage to you.”

He laughed aloud. “Naw, it’s all on the inside. Actually, it wasn’t so bad.”

He headed straight for the den at the back of the house and declined something to drink as he sank into the usual chair he claimed when he was here. I immediately peppered him with questions about his experiences.

Joey lolled back in the chair, arms relaxed on the padded rests, legs splayed the way he’d sat in that chair a thousand times. He answered my questions easily, volunteering details and poking fun at his own reaction to things. It dawned on me that he was comfortable here. Totally at ease. Pride almost swamped me.

At length, there began to be lapses in the conversation, and panic almost overwhelmed me. Now he’d say he needed to go look up this friend or that one, and he’d be gone.

He fixed me with a green-eyed stare. Here it came.

“Mr. O… Warren.” That was the first time he’d ever called me by my Christian name. “I… I really meant it when I said I missed you.”

I started to speak, but kept my tongue still.

“Lots more than I thought.” He laughed. “Lot’s more’n a couple of letters worth.”

“I’m surprised you found the time to write two.”

“In my head, I wrote lots more than that.” A small silence built; one I was afraid to break. “I didn’t realize how important you were to me until… well, until you weren’t there. You know that I understand, don’t you?”

He didn’t answer directly. He studied his shiny, brown army boots. “I saw it on your face sometimes.”

He glanced up and met my eyes. “Sometimes I thought you’d talk about it, but you never did. Your secret, I mean.”

My stomach fell away. “Secret?”

He nodded. “Yeah. I met a guy before I graduated. At the park where some buds and I were playing ball. I went to the head, and he followed me inside. Made it obvious what he wanted. When I started to leave, he told me he knew who I was. Then he shook my world.”

With rising dread, I asked, “In what way?”

“He… he said he knew I was seeing you. Claimed he used to get with you, and that he could do it better for me that that old man across the street.”

My head went swimmy. I heard his voice as if from a well, remote, echoing. “J-Joey—”

He reached out and touched my arm. “I called him a dirty word and stormed out of there. Wasn’t much use on first base after that, and everybody wondered why.”

“What did you tell them?” My voice sounded weary to me.

“That some creep had tried to pick me up in the head. The whole team went looking for the guy then, but he’d already split.”

“You never saw him again?”

Joey shook his head. “Nope. But you know what I told him. I said if I was gonna get with anyone, I’d get with Mr. O.”

My breath caught in my throat.

He stood. Every inch the dominant male. “Right now.”

“Warren, I don’t have to do anything. But I’m my own man, and I can do what I want. Call it paying my debts, call it getting my rocks off. Call it anything you want, but it’s what I’m gonna do right now unless you tell me that disgusts you.”

“Joey, nothing you could ever do or say will disgust me. You’re too precious to me for that.”

With that, he slid from the chair and knelt before me. He looked askance before burying his head in my lap. I gasped at his touch, the enthusiasm of his embrace, the heat of his lips on my fly.

After a moment, he lifted his head and smiled. “Can we go to the bedroom?”

Incapable of speech, I nodded. He rose and pulled me from my chair. I followed him mutely. He hesitated only a moment before sitting on the side of the bed to unlace his boots, and then he performed a self-conscious but magic striptease. Each bit of flesh he revealed was familiar, yet different. The shoulders were broader, the chest deeper, the hips trimmer. And his manhood, which I’d seen in his younger years when he’d change to use my backyard pool, was totally different. A surprise. Here too, he exceeded my expectations. Once he stood naked, he reached for the buttons on my shirt.

So I permitted him his way, and soon my sagging body was revealed to his fresh, young eyes. He put me on my back and hovered over me.

“Warren,” he murmured, “this is for everything you’ve done for me. For everything you mean to me.” And then he lowered his head. I gasped aloud at his moist touch. A feeling as I’ve never experienced swept over me. Unexpected joy. Undeserved delight. Surprise. Shock. Whatever it was, it brought tears to my eyes as I watched that handsome head move over me. I didn’t need to ask if he’d done this before. He hadn’t. He was inexperienced. Nonetheless, he was the best I’d ever had. I put a fist to my mouth to muffle my sobs as tears flooded my eyes while his act selfless generosity touched me right down where I lived.

Who would have thought it? Warren Ohlson certainly didn’t, but he’ll be forever grateful for Joey’s generosity. It’s truly something to carry with him into advancing old age. Something no one can ever take from him. I don’t know about you, but I’m proud of Joey for his selfless giving.