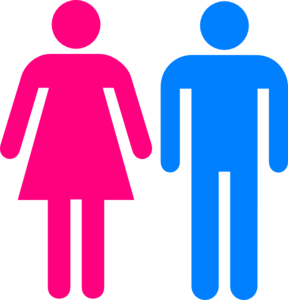 Well, how’d you like the first part of the story. Seems like Jean or Gene got himself out of one fix just to get into another. And this guy is standing between him and the door, unimpeded by a pair of pants around his ankles. Let’s see what happens next.

Matt laid a hand on each shoulder. “Well, Jean. I’m a little more worldly. I got no trouble paying if you do right by me.”

Then for the second time, Jean was taken by surprise. As Matt pulled her in for a kiss, his hand went south of the border. She felt his whole body stiffen before he leaned back and held her at arm’s length. To her surprise, he burst out laughing.

“I think I just discovered the basis of Will’s discombobulation. Did he find out before or after?”

A smile played on Gene’s lips. “After,” he answered in his own voice.

“And he was all bent out of shape when he found out a fella gave him such a good job. Well, me, now. I don’t give a damn. I’m looking for relief, and I don’t care how. Hell, you do good, and I might even cover Will’s unpaid bill.”

Matt lifted Gene in his arms and carried him to the bed.

Gene sat in the hotel lobby eyeing the traffic as it went by. He was looking for a different kettle of fish today. About half the time, he wanted someone who wasn’t normally available to him, and that’s when his Jean persona came in handy. Sometimes, like yesterday, things didn’t work out exactly as planned, but usually he managed to get straight guys without them being any wiser. And sometimes—like with Matt—it didn’t matter if he was caught out.

But today, he wanted them to see what they were getting. It shrank the available pool, but when he caught an acceptable fish, it was all out there on the table. And today, he wanted any taker to know exactly what he was getting. That’s why he wore his tightest chinos. Well, tight across the hips, anyway. The basket caught its share of trade, but it was really his hair that got their attention. Raven, curly locks worn full and down on the neck. That way it worked for Jean as well as for him. He knew the rest of the package was pleasing, as well. Many a man had waxed poetic over his olive skin, sloe eyes, and glossy hair. Especially the hair.

His breath caught in his throat as Will Parson strolled through the lobby. Gene could tell from the way his eyes swept the room that the young man was on the hunt. They swept over him and moved on. Gene breathed easier. He didn’t think anyone would recognize him from yesterday, but you never knew. As the cowboy moved on, Gene caught a couple of eyes, and one hesitated before moving on. One met his gaze boldly, and he thought he’d hooked one, for sure. But the hunky guy’s wife marched up at that moment, planted a kiss on his cheek, and let the prospective minnow away. Too bad. He wouldn’t have been a bad catch. Not in Will Parson’s league, but okay.

That thought surprised him. Gene had liked what he’d seen of the cowboy—and that had been plenty—but wasn’t aware he doted on the man. About that time, someone appeared in his periphery. He turned to look and had to control himself to keep from showing surprise. It was yesterday’s cowboy.

The cowboy moved to his side. “Don’t I know you?”

Gene made his voice as deep as possible. “I don’t know. Do you?”

With a smile, Gene became animated. “How’d you know?”

Will touched the narrow bandage circling his left hand. “Sore’n a tenderfoot’s butt after his first bronc ride.” He hesitated. “You know, I been thinking. Maybe I was wrong.”

Gene stood. The cowboy was taller than he was without heels. “No hard feelings.”

Will blushed slightly. “Hard maybe, but not that way.”

“Maybe we oughta try it again. You know, on level ground.”

“How do I know you’re not just trying to get me alone and give me some payback.”

A smile lit Will’s eyes. “Oh, I’m gonna give you some payback, all right. But I don’t think you’ll object.”

Gene arched a brow. “What different today from yesterday?”

“You sandbagged me yesterday.”

“Would you have gone with me if I hadn’t?”

“Nope,” Will said. “But maybe I owe you for opening my eyes.”

“Let’s get this straight. You want me to go with you to your room.”

“Can’t think of nothing else we’d do.”

“Knowing what you know now.”

Will’s smile was easy… and fetching. “Eyes wide open. No hanky-panky—” He snorted. “—at least of that kind. Any wrestling we’re gonna do is in that bed. You game?”

“Cowboy,” Gene said, “I’m gonna take a chance. If you mean what you say, I’m gonna turn you every way but loose, and you’re going to love every minute of it.”

Gene stepped toward the elevators, his movements decidedly masculine and… provocative.

Will wonders never cease? Did Gene turn Will? Unlikely, he just opened the cowboy’s eyes that there’s more than one way to have fun. More likely, Will keeps on chasing skirts, but occasionally—maybe just once in a while—he try the other side of the street again. Gene? He’ll keep on exploiting Jean so long as it continues to work. The ethics of it? I’ll leave that up to you.

Email ThisBlogThis!Share to TwitterShare to FacebookShare to Pinterest
Labels: Jean or Gene-your choice, Laying cowboys, Trying the other side of the street, Wild gay sex