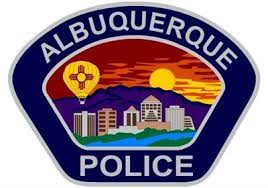 First a word of thanks to all who expressed sympathy and understanding on last week’s post about the death of my son Clai. Each day comes a little closer to restoring me to normalcy, so I’ll eventually get there. I used to call February through April my blue period because my wife Betty died on February 12, her birthday was March 13, and our Anniversary was April 2. Now I’ll have to expand that period by a month to include January 22, Clai’s date of death.

Today’s post is not one I had planned on writing. But events sometimes dictate intentions, and this is one of them. Last Monday was one of those times. I’ll let the following tell the tale.

Intent on a brunch of English muffin slathered with cream cheese peppered with—well pepper of the black kind—and two slices of turkey bacon, I became distracted by cries of anguish outside my patio door, which faces the front of my apartment. Unloading my lap—I eat on a tray in my recliner since the dining area is my office—I stepped outside to see a young man of about twenty crying into his cell phone and moving a jerky, almost spastic manner. He’d speak a few words and then give a loud, prolonged cry of anguish. He was seemingly oblivious to a couple of police officers standing nearby, one cradling a shotgun. I could not clearly understand everything the young man was saying, but sometimes he sounded as if he were pleading and at others like he was confessing dark deeds.

You often hear stories of police brutality and ineptitude, but I must say I was favorably impressed by what went on over the next hour and a half. Eventually there were four policemen and two EMTs on site. They never pushed the distressed youth to the breaking point. They stood off at a distance, each of the officers engaging the “subject” in conversation, one after the other. They slowly and patiently worked themselves around so that the man, who was now sitting on a small wall 30 feet directly in front of my door was discretely surrounded. As one talked, another would take a step forward so that they were gradually moving closer.

The young man at the center of attention was very tall, very slender, had black hair, and appeared—from a distance—to be quite neat and attractive. But he was obviously distressed. He put away his phone and concentrated on the officers. As he sat on the block wall, he would alternately hug himself and lift his arms while his legs moved constantly, knees scissoring in and out. Dressed in black trousers and t shirt of a very elastic material, when he sometimes stood, it was apparent he had no weapon on his person. The clothing fit too tightly to conceal anything that bulky.

The officers talked; he blubbered and moved away when they got too close. The blue circle moved with him, always patient, always calm. The shotgun had disappeared by now.

At one point, he allowed one EMT to approach to take his vital signs… and a finger stick for blood. Then the kid went skittish again, moving to another side of the yard. Next, they talked him into voluntarily emptying his pockets, placing the contents on the block wall. He even permitted one officer to come scoop something into his hand, and while I couldn’t see what it was, I figured they were pills of some sort.

After another demonstration of patience and a lot of talking, the kid even put his hands on his head and allowed an officer to frisk him. At that point, I figured they would handcuff him, but the officer immediately backed away, and the subject resumed his jerky, erratic gestures.

After an hour and a half of this, the kid voluntarily followed an EMT to the ambulance and entered the vehicle. A few minutes later, the ambulance left the complex, followed by a string of police cars.

Once everyone had left, the place went eerily quiet for a few minutes, and then every dog in this end of the apartment complex—unusually quiet until then—started baying, howling, and barking. This went on for about ten minutes, putting a finale to the long, harrowing incident.

That’s my tale for today. Every bit of it is true… a piece of living drama. I said a prayer for that young man, as I hope you will.