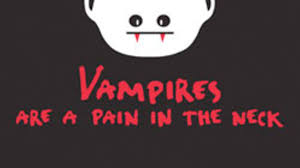 Last week we met Chad Quarles, a handsome young “straight” who likes to drive the queers crazy in The Low Brow, his favorite haunt, by letting them cop a feel but never going home with any of them. The atmosphere changed when he met the mysterious Ariel Antonescu. Let’s see what happens this week.

The next morning I was my old self again, and I faced the world like a champion. My work as a real estate broker gave me an opportunity to move about as I pleased and kept me in enough coins to pursue the role of a carefree eligible bachelor. Frankly, I enjoyed my life. There were day friends galore to enjoy most of the time, and night friends when I wanted to haunt the watering holes of the town. During that week I sold a good property and had a successful Friday night date—if you know what I mean, By Saturday, I was ready for the offbeat atmosphere of the Low Brow, my favorite hangout.

After a rousing afternoon of tennis, I showered, shaved, and looked over the duds in my closet. It occurred to me that I was taking more care than usual when I drew on a pair of blue slacks and a deep gold silk shirt. My hair’s not quite blond and not quite brown, but depending upon what I wear, I can make it look either. Tonight I went for tawny highlights and dark shadows. I examined myself in the mirror, batted my golden cat’s eyes a couple of times, slipped on a pair of black penny loafers, and bounced out the door.

I didn’t realize that I was looking for Antonescu until I saw him sitting alone in a darkened corner of the lounge. It threw me for a minute when I saw that all the cigarette smoke in the room was slowly collecting in his remote corner, but I didn’t understand the significance of the phenomenon and drifted with the smoke right to his table.

He stood politely and shook my hand. “Mr. Quarles, so nice to see you again,” he said in his well-modulated voice. He gave the ‘Qu’ a little flip so that my name almost came out ‘Karls.’

“Call me Chad. Everybody does.”

“Antonescu,” he said, giving me to believe that’s how he preferred to be addressed. “Quarles,” he repeated. “Do you know what that means? Circles. It’s an old English name for one who comes from Quarles…or circles...in Norfolk.”

“Now Chad is even older. That’s Anglo-Saxon for Cheadda. He was a Seventh Century saint.”

Intrigued, I put a question to him. “And Antonescu? What kind of name is that?”

I shrugged. “Can’t be estimated?”

“Or too great to be valued,” he added. “And in case you’re interested, Ariel comes from the Hebrew meaning ‘Lion of God.’ So you see, we have momentous names to measure up to, do you not agree? You, a saint. And Antonescu, a warrior of the deity beyond measurable value.”

We settled down to comfortable patter like anyone else on a Saturday night in a dive filled with working guys and queers. Eventually, he monopolized the conversation, but he kept it so interesting that I virtually didn’t notice. The guy was a whiz at history. He had his own spin on things. Sorta quirky. No, that’s not right; it was more like he was relating the events as a bystander.

Usually, I claimed my table near the bar and waited for the procession of supplicants to come by paying homage to my package, each wanting to touch it like they were fingering the Blarney Stone or something. I always closed up the joint, usually swigging a couple of beers too fast brought at the last minute by some hopeful expecting to be the one who finally treed Chad Quarles. Tonight, I spent the entire evening at Antonescu’s table tucked into a rear corner of the joint. Nobody came near us. Instead, they sat at their own tables, drinking, talking animatedly, and nervously eyeing the two of us. Not only that, but by midnight, I was done in, whipped, totally enervated. Antonescu, apparently saw my distress and expressed concern.

“Think I’ll pack it in early tonight,” I responded, puzzled over my condition. I wasn’t sick or anything, just drained.

“I’m concerned for you, Chad,” he said, his syntax slightly off, syllables accented a little differently. “Are you certain you are not ill?”

“Naw,” I waved a nerveless hand that flopped a little like it was drunk. But I wasn’t drunk. I was dead sober. Suddenly craving something sweet, I staggered to the bar and dived into the bowl the bartender keeps there for his diabetic patrons. After stuffing three of the sugary mints into my mouth I felt a little better.

“Let me help you to your car,” said a soft voice at my ear.

Surprised, I whirled. I hadn’t realized Antonescu had followed me. “Naw, I’ll be all right,” I mumbled.

“I insist,” he replied, clasping my upper arm in an amazingly strong grip.

“Don’t understand,” I said by way of protest as we exited the place. I heard the sudden silence behind us broken by a rush of excited conversation before the door closed. Shit! They’d all think we went home together!

“I will be glad to drive you home,” he offered.

Antonescu waited until I climbed into the driver’s seat and closed the door. I lowered the window a few inches.

“Do me a favor,” I said, peering through the darkness into eyes that were mere pinpoints. “Go back inside and have a beer, will you?”

He threw back his handsome head and gave a laugh. Actually, it was a sharp bark that deteriorated into a growl. “I will, my friend. I will protect your reputation if you will do one thing for me in return.”

“What’s that?” I asked, experiencing something foreign to me as I took in his fine, patrician features. What the shit? Was I interested in this guy?

“I understand you are a realtor. I am considering buying a home. There is one in particular I am interested in seeing. According to the sign, it is a multiple listing, so I would like you to show it to me.”

“Sure. Name the time and place.”

He gave me the address and suggested Wednesday night.

“Unfortunately, I am engaged until around eight o’clock. There is a lamppost that burns during the dark hours, so I assume the property is serviced by electricity. Is the time an inconvenience?”

“Meeting me there would be satisfactory.”

“Okay. Wednesday night at eight it is!” I repeated the address to his satisfaction and kicked over the motor.

“Now,” he said with a trace of a smile hiding in his voice, “I shall return to the lounge and rescue your reputation.”

Monday was crazy, and Tuesday wasn’t much better. I spent Wednesday morning closing on a nice four bedroom, three bath, and didn’t get around to looking up the listing for 11,215 Malpais Trail NE until almost closing time. A quick call to the listing agent confirmed it was still on the market and gave me a realistic idea of the owners’ expectations.

I caught dinner with a girlfriend, which was a mistake because she wanted to go with me to meet the client. I guess I’d shot off my mouth too much about this mysterious stranger in black. Nonetheless, I managed to discourage the idea and race home to shower and dress in fresh clothes before heading out to meet Antonescu.

There were no cars in evidence when I pulled up before a large adobe, the darkness broken by only a small electric lantern atop a lamppost in the front yard. The house was isolated, and the closest street light was two blocks away, as blocks go in this meandering far northeast heights neighborhood that clung to the lower slopes of a mountain where it was de rigueur to leave your landscape in its natural state…that is, stones, sagebrush, and rabbit bush. It was, however, permissible to require that the resident rattlesnakes and coyotes vacate to more remote premises; roadrunners were allowed to stay.

Deciding to go inside and take a quick look, I closed and locked the car and strolled up the curved flagstone walk. As I gained the porch, all my senses kicked in. There was the faint smell of cigarette smoke in the air. A presence hovered near. My mouth went dry, my skin prickled. I’m not a jumpy man but sweat trickled down my back even as my blood turned to icicles.

“I hope I did not startle you,” came the rich, cultured voice. “I arrived early and was enjoying the night view. That’s one of the things I like about this property. The view of the stars and the mountain is unobstructed.”

After my initial startled jump, I relaxed slightly. “Didn’t know you were here. Didn’t see a car.”

His hand flickered in the moonlight. “I parked down the road a bit. I wanted to see what lay beyond the house.”

“Yes,” he said. “Another thing in its favor. May we go inside now?”

Why is Chad reacting the way he is? Does he suspect something… sense something? And now he’s about to go into an isolated house with the guy. What gives?

Perhaps we’ll find out next week.

Email ThisBlogThis!Share to TwitterShare to FacebookShare to Pinterest
Labels: Fear of the Unknown, Gay tease, Vampires