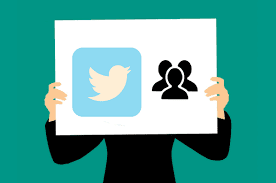 I guess Hong Kongers (Hong Kongites?) are really taken with Vampires because they led the field (10 to 1) over everyone else throughout the presentation of “The Prescient.” Russians stayed up there but fell to third place over readers from the good old USA by the final episode.

This week, a bit of nonsense totally different from vampire stories. Well, come to think of it…

There was no Uncle Evan—at least in my life. I’m a seventeen-year-old named Marty Evans who made him up out of whole cloth and posted on Twitter @UncleEvan. After all, who pays attention to a high schooler, and I wanted a voice.

Everyone tells me I’m smart as a whip, but I quibble with that because while a whip can smart, it’s not smart itself. But I’m wandering off the mark—one of my faults, they tell me. They who? Well, my mom and dad and my teachers, and….

Oops, back to Uncle Evan. I was just thirsty, you know, wanted to be heard, so I dreamed up this older, wiser—but probably not smarter—dude and twittered away. Wow! It was dope, you know... great. I started taking shots at all kinda things and prompted some responses. First thing I knew, I had a thousand followers, and it grew from there. So I tackled bigger things… like, for instance, why the hell were American troops still in Germany? Wasn’t the occupation over?

The morning after that post, I was breakfasting on oatmeal and turkey bacon when my ears perk up at something on a newscast. Big Pudgy up in Washington announced he was withdrawing troops from Germany. Man, I never saw eye to eye with the head honcho on anything, so what was up? Personally, I considered him a basic gasbag, but he was still the Gasbag in Charge. Made me wonder if he’d locked onto my tweet. Nah. Long odds on that happening.

Right after breakfast, I sat down at the desk in my bedroom and booted up the computer. TBH, not much else to do, locked down by all this virus crap like we were. A bunch of hooey in my opinion, and I said as much in a twit.

The next morning?  You guessed it. Dumpy was on the tube capping about the pandemic when he said it right out loud. Hooey and a hoax. He’d already claimed the virus was a hoax a whole bunch of times, but he’d never said “hooey and a hoax” like he did today. Holy crap! Was the guy reading my tweets after all?

Life suddenly became more interesting. And like a typical teenager, I went over the top. I tweeted about the wall, and he virtually dittoed me. I blathered about the Ukraine, and it became his opinion. I said the COVID-19 virus would magically disappear, and his response to that one sent a thrill down my back.

Big Cheese stood at a podium, fat fingers clenching the sides as if holding himself up, and surveyed the room through eyes that didn’t seem to have much behind them.

“One of these days,” he declared, “the virus will disappear. And soon. Like magic. Poof… and it’s gone. That’s what they say, you know. That’s what Uncle Evan says. You know Uncle Evan, don’t you? A wise man. Great tweets. I think he’s a doctor or something.”

My head about exploded. Shade turned to shadow! He quoted me. As his source. Wise man that I was, I snickered and reached for my cell. I’d not told any of my squad about @UncleEvan, but this was too big to hold inside. When my BF Jamie Hughes answered my call, he flat out dissed me until he broke isolation and snuck out of hi house to crawl through my bedroom window.

After checking out the site for himself, he exclaimed, “Damn, you his Secretary of Twitter or something?”

Jamie’s face turned sour, and some of the exhilaration of the moment evaporated. “Maybe you oughta be more careful.”

“Well, like about the virus. It’s not hooey, you know.”

Impatient with common sense, I dismissed his caution. “He’d already said that a hundred times.”

“Yeah, but now he’s quoting you as a source.”

“You’re just green ‘cause he’s not quoting you.”

Two days later, as I sat watching the evening news with my father, the reporter interrupted himself with “breaking news.” That one always got to me. How did news break? It happened, and then it’s still there totally whole and undamaged. But I’m off again.

The Talking Head on TV said that two American troops had been killed in an ambush by Iranian-backed militias over in the Middle East. My dad turned red in the face and let out an oath that brought my mother running from the kitchen. She managed to get him calmed down, and although I didn’t say much at the time, I was impressed with his outburst. I guess veterans of the Iraq War like him couldn’t take news like that sitting down.

As I prepared to go to bed that night, I paused before shutting off my computer. Recalling my father’s reaction, I opened Uncle Evan’s twitter account and punched in two words. “Nuke ‘em.” I paused a moment before hitting the send button. Big Buttercup would probably see it, but even he wasn’t dipsey enough to take Uncle Evan seriously about that. Nah, no way.

My cell went off at eight the next morning, long before I was ready to get out of bed and face another Groundhog Day.

“Marty, you idiot, what have you done!” Jamie yelled into my ear.

“Whadda ya mean?” I asked through a cloud of sleep.

I did, and my heart froze.

The bit of nonsense you just read (at least I pray it’s nonsense) was prompted by a newscast claiming our man in-Charge is unduly influenced by certain “voices” that align with his own thinking… regardless of how informed or authoritative such “voices” are. So I got to wondering….