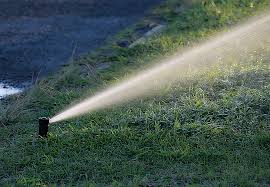 Let’s see what they think about this week’s submission.

The guy caught my attention the day after I came home from University at the end of my junior year. Probably about thirty, he was the original model for “tall, dark, and handsome.” And I do mean handsome! In all modesty, I’m sort of a specialist on “handsome.” And although I didn’t give in to my hunger… well, except for once… until my freshman year at the U up in Albuquerque, I knew from the time my voice broke I was different. I grew up in this little town of about three thousand in the southwest corner of New Mexico…not quite in the bootheel, but close…where that sort of hunger was a no-no. Not only that, but being caught indulging it could get a fellow ostracized, maimed… or even killed.

Not that it was much of a problem down here. Wasn’t another gay in the county, much less the town that I knew of. I used to tell myself I just hadn’t met them, but I’m not so sure I believe that any longer. Statistically, there were others. If half the town was male, and half of that half were over the age of puberty, there were seven hundred fifty in the possibility pool. I’d seen statistics that said up to ten percent of them should be gay. That would mean there were seventy-four others around town, and that was pure bullshit! Wasn’t any way seventy-four guys could hide that from me because I’m a people watcher. That’s why I claim to be a specialist on “handsome.”

This was ranching country, and during summers I worked at the cattle barn and had attended a whole bunch of rodeos, so I knew cowboys had a special kind of handsome. They had an air that made them desirable hunks of man-flesh even when they weren’t that good looking in the face. But when they were… wowee! Watch out! There was so much testosterone floating around down here, a sensitive guy about suffocated in it. Of course, the cowpokes I knew would rather plant a spur on your butt than give what I was looking for. And they had plenty of both. I’d seen those guys “getting it on” on back roads, in haystacks, on the beach at the county’s one lake… crap, standing in an alley behind a bar. Only trouble was, they were all making it with girls.

Being damned near on the border, we had a steady stream of immigrants coming through from Mexico, and some of those young guys could tempt a fire and brimstone preacher. Lots of them are downright pretty until they grow out of it. My one time before college that I mentioned came when I stumbled on an illegal kid who got separated from his coyote and was kinda bad off from thirst. I bargained a canteen of water for a little “getting it on” of my own, and while he wasn’t very good at it, it was infinitely better than the one time I tried it with a girl. That incident confirmed my orientation for me as clearly as if the kid had been Polaris leading me north! And when I got there… Albuquerque is north to us down-staters… I found lots of guys who thought like me.

Anyway that’s how come I noticed our new neighbor and why I’m qualified to positively swear he’s the most handsome man in our part of the state. Everyone was curious about the guy. According to my folks, he just showed up one day and rented the house next door that had been empty since old Ms. Wallingford died. Supposed to be a writer of some sort and kept to himself a lot. He’d nod or speak if you spoke first, but he avoided everyone’s eyes otherwise.

Eyes. Let’s talk about his eyes for a minute. Big. Brown. Fringed with long, long lashes. I’ve heard of doe eyes before, and man that’s what they were. Big and soulful. The day I first saw him, he came out of the house to pick up his morning paper and returned my greeting with a nod. I stared into those eyes for a second and thought how great it would be to plant a kiss on each one.

After I’d been back in town for a couple of weeks, I came home from work at the barn and saw him in his yard working on a sprinkler head. He squatted facing away from me, and the polo shirt stretched across his shoulders gave me a good view of the muscles playing up and down his back as he worked. Man, who’d have thought he was built like that? But he was. I was standing there gaping when he turned around and caught me staring.

He rose gracefully and planted a smile on his lips. A nice smile. Nice lips. “Hi, I’m David. I take it we’re neighbors.”

I slammed the pickup door behind me and crossed the lawn to offer him a hand. “Bart. Nice to meet you, David.”

His grip was firm and warm. After a moment, he released my hand. “You know anything about sprinkler heads?”

“Fiddled with them all my life.”

He held out his wrench. “Appreciate it if you’d fiddle with this one. I grew up in a city and have no experience.” He gave that sexy smile again. “And apparently no talent.”

I’m not sure why, but I got the feeling he was studying me as much as I had studied him as I bent over the task. The repair was simple and didn’t take much time. It was the wrong wrench for the job, but I made it work.

“Thanks,” he said as I stood. His gaze swept me for a long moment, taking in my denims and western boots. “Cowboy?”

“Nah. Work summers at the cattle barn. So I’m around them all the time.”

I got the feeling he was going to say something, but he just nodded. Another little moment developed as we scanned one another’s feature.

“Well,” David said. “I owe you for the sprinkler. I’ve got some ribs barbecuing on the back patio. Six o’clock be okay?”

“Sure. That’ll give me time to shower and clean up.”

“Perfect,” he said as he turned away and started for his open garage door. I stood and watched until he paused before entering to give me another long look. And a big smile.

That sent me racing inside the house. I only had about forty minutes to get ready for those ribs. And I knew without a doubt those baby back ribs weren’t the only ones that would get barbecued this evening.

Well, which is better: vampires, nuclear destruction, or this sort of nonsense. Let me know what you think.

Email ThisBlogThis!Share to TwitterShare to FacebookShare to Pinterest
Labels: Gay Life in a Little Town, Gay sex, Living Near the Border