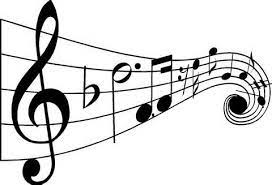 Several readers have asked me the status of Donald T. Morgan’s upcoming book, MIASMA. He tells me the book is complete now, and he’s beginning to look for a publisher. That prompted a discussion of another Guest Post. From previous guest posts, you may recall this is the story of a 10-year-old Black girl growing up in 1940’s Jim Crow Oklahoma. It deals with how an unexpected friendship between the girl and an elderly white man who lives on the hill on the way to downtown Horseshoe Bend begins to change the girl’s life. Miasma loves to sing, and he’s drawn to her voice as she walks past on the way to the post office every few days.

The following picks up the book at the beginning of Chapter 4. Mista Ace (as she calls Horace Parsley) has located the Bantu forbear of Miasma’s in genealogy records and explained to her that he was brought as a slave by his Cherokee owner over the Trail of Tears when Andrew Jackson expelled the Five Civilized Tribes from east of the Mississippi River. Miasma has just related what she learned to her mother, Willa.

“Why for you askin’ all these questions?”

“Mista Ace knows lots about things back then. He figures grandpa’s name was Bakari, not Baker. Says he likely took his master’s name when he got free.”

“Mista Ace, huh? That White man sure taken a lotta interest in a little Colored girl. I asked Bessie about him, and she says he’s harmless. Still, y’all be careful ’round him now. Hear?”

It got quiet in the house, making Miasma think her mother was cogitating on something. A small twister outside the window stirred up dirt and leaves in the yard. Dust devil they called it. Old Miz Carpole down the street claimed it was witches stirring up trouble. Course, some a the kids figured she was one.

Her mama cupped Miasma’s chin. “That Bakari… Josiah Elder weren’t your grandfather. He was a coupla grandpas before that.”

“If he was named Elder, how come we’re Elderberrys?”

“Dunno, child. Somebody got it mixed up. But Dunbar’s grandma’s name was Berry. Hilda Berry. She was a Chickasaw lady.” She glanced at the photograph on the side table. “But your daddy’s name was Elderberry, sure enough.”

Miasma screwed up her nose. “Chickasaw, I thought we was Cherokee.”

“That old slave, he married up with a Cherokee woman right enough, but your daddy’s grandma was Chickasaw. Guess y’all got two kinda Indians in you. Now go wash up for dinner. Miz Willis give me her leftovers from yesterday. We got us some fried chicken and brown gravy tonight.”

Miasma’s stomach growled in anticipation as she scurried down to the privy before washing up. Things couldn’t be better. Fried chicken tonight and next Sunday she was gonna sing her first solo in church. Maybe she shoulda mentioned that to Mista Ace.

But it was a long way until Sunday. Her mother decided on some spring housecleaning, and put Miasma to work. They hauled their mattresses outside for a good sunning, but had to rush them back indoors when a rain squall blew in. Every pot and pan had to be dragged out and washed, even if they’d just been washed the day before. They even scrubbed down the walls, losing some more ugly wallpaper when they done it.

Right in the middle of all this work, a ripple of excitement swept Horseshoe Bend, including Colored Town, as a scary, remote war came home to everybody. All the radio stations talked about a big invasion of something they called the beaches of Normandy. That was something Miasma would have to look up in the Geographic as soon as she got a chance. As she and her mother cleaned, they listened to the radio. Names they’d only heard of before became real people as William L. Shirer and Eric Sevareid and Howard K. Smith reported on a desperate battle halfway around the world

Miasma knew Tizzie was worried because her daddy had been over in England where the invasion set out from. Then came stories about Omaha Beach, a horrible place where American soldiers took a beating and got killed left and right. After a while, Miasma tried to blot out the deep somber voices of the invisible men on the radio and concentrate on giving the place the best cleaning it ever had, helped along by a song or two. Tizzie came around a couple of times—sometimes bubbly and sometimes in tears over not knowing what was happening to her daddy—but no matter her mood, she scooted right back down the street when she found the cleaning was still going on.

Toward the end of the week, everything they owned had been cleaned, dried, and ironed. And Miasma figured she’d done more’n her share because Mama had gone to work at Miz Willis’s every one of those days.

Friday, Miasma headed for the post office where everybody was talking about the invasion, some claiming it was foolishness to attack the invincible Germans on their own ground, others figuring this was the beginning of the end for those dirty Nazis. As she crossed Main Street, it seemed like the town was a little quieter than usual.

On the return trip—with the mail in her satchel—she spied Mista Ace on his front porch and walked up to the fence without him calling her over.

“Good afternoon, Miasma, what a pleasant surprise. I wondered what happened. I’ve missed your singing.”

“Me and Mama been housecleaning.” She shook the book bag he’d given her. “Whole week’s worth of mail.”

“We’re all victims of habit. How about a deal? When you’re in your environment, you speak that language. When you’re talking to me, speak my language. Does that make sense?”

He looked startled. “Well, yes, I guess I do. Does that bother you?”

“No, sir. You’re saying when I’m with you, I talk like my teacher wants me to. When I’m home, I talk like everybody else.”

“I suppose. But it seems kinda one-sided. Where do you go to talk different?”

He laughed. “You’ve got me there. It is lopsided, like most things in this world.”

“Anyway,” she said. “I wanted to tell you I’m singing a solo in church on Sunday, in case you wanna listen.”

“I’ll surely do that, although usually all I hear is the entire choir. But I’ll put an ear to the wind.”

“Can I ask you something?”

Yes, you may ask me anything you want.”

“This big invasion they’re talking about. You know, on the radio?”

“You mean the D-Day Invasion?”

“I hear some folks say it’s a good thing, and I hear others say it’s foolishness.”

He bit his lower lip for a moment. “I think it’s the beginning of the end of the war in Europe. There’s lots of fighting with lots of blood yet to come, but I think we can see the writing on the wall. That’s just my opinion, mind you.”

“Yessir, but I set great store by what you think. The end. You mean like next week?”

“Oh no. We have to fight our way clear across Europe over rivers and mountains. But I don’t believe they can throw us back into the sea. We’ve got a foothold and won’t be dislodged.” He looked thoughtful for a moment. “Can you imagine the suffering of the people in those countries?”

“You mean the French people?”

“I mean everyone in Europe.”

“Even the Germans?” she asked.

“Yes, even the Germans.”

“Some of them are. A lot of them are. But most are folks like you and me who only want to be left alone to live their lives. They’ve just simply followed the wrong leaders.”

Miasma walked on down the hill toward home deep in thought. That was the first time she’d ever thought of German mamas and papas over there making do the best they could while their men were off fighting. Besides that, they had all those bombs falling down on their heads.

Interesting, we are seeing the little girl’s interests grow in scope as Misa Ace expands her horizon beyond the here and now. Good luck with the book, Don.

Email ThisBlogThis!Share to TwitterShare to FacebookShare to Pinterest
Labels: A Black girl in 1940s Jim Crow Oklahoma, a way out of poverty, Miasma and Mista Ace, Music, WWII