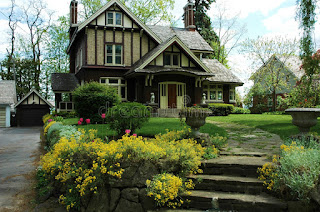 Last week, we left Jackson Marple with a problem. A house with a rep. A haunted house? Let’s see how he handles the situation.

Saturday night, I went out with friends and ended up in a bar. Recollections of Julie were too fresh and painful to hook up with a woman, but I spent pleasant hours flirting with a brunette named Roseann from the office. By now they all understood it was merely a diversion for me—at least for the time being—and weren’t disappointed when I went home alone. Feeling no pain, I cleaned up and fell into bed around two a.m. I was no sooner settled and feeling drowsy than a pleasant sensation in my groin semi-roused me. That was odd. I hadn’t been thinking of Roseann in that way… still I’d had no relief in quite some time, so perhaps it wasn’t so odd after all.

I came up off the mattress in a flash when I perceived something… something, well, manipulating me. But there was nothing there except me standing in the middle of the bedroom with an unexplained erection. What the hell was going on. And then I heard something. A muffled, ethereal groan from somewhere. From nowhere. Had it been me? In the grip of something unexplained, I took hold of myself and masturbated. Falling to my knees as a high, keening sound filled the room, I erupted in a tremendous orgasm.

I rested my head on my arms on the edge of the mattress and fought to regain my breath as I tried to understand what had happened. There had been something desperate, I guess you’d say, about my ejaculation. And that sound? Me? I tried to imitate what I’d heard and failed utterly. Shaken to the core, I cleaned up and fled to the Murphy bed in my office downstairs.

A feeling of peace… no, that’s not right. The absence of something disturbing… settled over me as I lay in the pull-down bed in my office. What the hell had happened? Julie? Had I been dreaming of Julie, and the experience had become so powerful, I lost control of myself?

I mentally shook my head. Our lovemaking had been gentle and sweet and fulfilling, not explosive and disturbing. Still weirded out by my experience, the vague rumors about the Dowd House came to mind. The place had changed hands often after the death of its builder and sat unoccupied for long periods of time. Unusual for a house of this quality. Was that because of the rumors about it, or were the rumors about it the cause no one stayed in the place for long?

Monday during my lunch hour, I skedaddled over to the local newspaper and started searching for the incident that gave the house its air of mystery. With the help of a clerk in the paper’s morgue, I found what I was looking for. The article was brief, essentially saying that the owner, that selfsame Elmer Dowd who’d built the place, had come home from a business dinner one night to find his son struggling with an assailant in his upstairs bedroom. The old man grabbed a pistol from his room and went to his son’s aid, but in the excitement of the moment, he’d missed the assailant and killed his own son. Oddly, there was no follow-up article explaining the outcome of the incident. Since then, the house had passed through successive owners and periods of vacancy. And now, I was the lucky owner.

Gaining a few facts about the house’s history did not do much for me. I continued to sleep on the bed in my office because every time I ventured upstairs, I experienced unexplained discomfort. And at times, I swore the upper floor of that house whined. In my less rational moments, I wondered who infected the Dowd House, father or son? Nights were worse, but even during the daylight hours, there was something there, although the woman who did my housecleaning once a week didn’t seem to be affected by inexplicable fears, although she did once comment that she far preferred cleaning up downstairs.

Being deprived of the use of half my house wasn’t acceptable, but I had to be careful in seeking help. My friends would never let me forget buying a haunted house. One day, I heard Mary, my boss’s secretary, raving to one of the other women in the office over how much a feng shui consultant had helped her organize her house. Feng shui? Did that expel demons and ghosts? I didn’t know, but that was more appealing than calling in a Catholic exorcist.

Loathe to seek advice from Mary or anyone else in the office, I went online and found—much to my surprise—three “feng shui consultants” in town. Two had European names; one sounded oriental. I called him.

Lee Sung, when he showed upon my doorstep was a total surprise. While he looked oriental, he definitely had Anglo blood. About my own age, he sported a pair of dungarees, an Earth, Fire, and Wind T-shirt, sandals, and a Los Angeles Laker’s cap. I took an immediate personal liking to him, but my faith in him as a healer was shaken when he snatched aviator shades from his pert nose and said,

“Dude, you gotta change your door. It’s not very welcoming.”

“Your front door, man. That’s where air and energy enter your home. It’s gotta be welcoming.”

“At your service,” he said, extending a slender hand with a strong grip. Slender was the word for him. Not thin, but slender. I had the feeling there were muscles hiding under his baggy outfit.

As I ushered him into the house, he asked. “Do you solve murders in your spare time?”

“Tommy,” he answered with a mischievous look on his sensitive face.

I’m sure my surprise showed. “Tommy?”

“Nickname. Grew up in LA as Tommy. Why? Hell, I dunno. My buds preferred that to Lee, I guess. And you? What do I call you? Jack?”

“No way," I replied. He’d pushed one of my buttons. “It’s Jackson or Marple, your choice.”

He made passing comments as I showed him through the house, room by room. I noticed a change in his jaunty attitude as soon as we went up the stairs, but he held his tongue while we were on the upper floor. I took a vague sense of comfort from his reaction. I wasn’t the only one who felt something wasn’t quite right.

Back in my office downstairs, he relaxed in a chair opposite me at the desk. “Right off the bat, I can tell you, you’ve got some changes to make. You need something representing wind, fire, earth, metal, or water in every room. Creativity, leadership, strength, order and emotion.”

“Won’t my fireplace do? I’ve got one on either floor.”

“I’ve got a flame encased in plastic like one of those snow globes I can let you have for sixty bucks.”

“Okay, it’s a representation of fire,” he admitted. “But it does the job.”

I can honestly say that I’d not spent a more pleasant hour than the one Tommy Sung shared with me in my home office. We agreed on a price, and Tommy started to work, beginning with the front door. He affixed a small metal symbol in Chinese calligraphy which he said was the word for welcome and extracted a promise from me to get a welcome mat.

Tommy Sung became a more or less permanent fixture in my home for the next couple of weeks. He made sure all beds in the house—except for the Murphy bed, which was fixed to the wall in my office in a permanent east-west position—were situated so that anyone sleeping in one of them would have his or her head to the south and feet to the north. Frankly, the place became more pleasant, but I didn’t know how much of that to attribute to feng sui—which he explained meant Wind-Fire—and how much to attribute to Tommy Sung. In truth, he was the most companionable individual I’d ever met, and I came to treasure his presence. He must have felt the same because he often came “off the clock” just to socialize.

Of course, we discussed my problem with the house, and was quick to assure me feng sui was Chinese geomancy, not an exorcism ritual. Its purpose was to arrange my home to harmonize with its environment. Even so, he was interested enough in my predicament to spend a night or two in the master bedroom upstairs. After the second night, he made a recommendation.

“I did some more rooting around about the shooting that took place up there.” He pointed a finger toward the ceiling. “My dad knows some cops, and he located the one in charge of the Dowd shooting case. His name is Fleming. He’s retired now, but lives on the west side of town.

“How about that,” I said. “A Marple and a Fleming. A sleuth and a spy. How could that not work out okay?”

Will Jackson Marple and his Chinese geomancer get to the root of the trouble with the Dowd House? Hope you can wait until next week’s conclusion to find out. If not, then puzzle out an ending of your own and let me know.