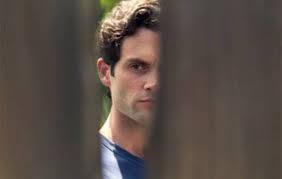 The plot thickens, so let’s get right into the final piece of Petey’s story.

The rest of the day crawled by on sloths’ legs. Marco and I ate, then did some studying up in the room. He and George headed for the bar, leaving me to while away another hour. I spent it trying to figure out who my unknown admirer might be. There was one guy in Algebra Class who struck me as gay. We’d exchanged greetings once or twice, nothing more. I don’t have a problem with gays. Anyone’s free to hook up with anyone who’s receptive is the way I look at it. So I’d been casual-friendly when Frank—I think that was his name—first said “Hi.” Had that been a mistake? Had I unknowingly encouraged him?

Was Marco right about George? Probably. The guy was hot and heavy about his girlfriend, but who knew? There was a married guy back home that everybody figured was that way… except maybe his wife. I’d had to say no to him three times before he was convinced I meant it. Crap, I didn’t have the experience to handle anything like this.

Could it be Marco pulling my chain? Maybe, but if it was him, it was one big joke with me being the butt of it. My roomie was brash, but I don’t think he was cruel. Of course, to his mind it might not be cruel, just a big prank.

Crap! I didn’t have any idea who it was. Could be somebody not even on my radar screen.

I got to the tennis courts a quarter of an hour early. Anxious over what was to come, I guess. The courts were lighted and usually busy at night. This was no exception. I didn’t want to stand around, so I selected a row in the bleachers near the top and plopped down on it. Normally, I enjoy watching tennis games. It’s not really my sport, but I own a racket and can wield it reasonably well. Tonight, I had a case of the roving eye, fixing on any guy who entered the area and watching him until he disappeared. None of them even glanced my way.

Eight o’clock arrived and passed. I always expressed nervousness by jiggling my leg up and down when I’m sitting, and by a quarter after the hour, I’m certain people thought I was spastic. Five minutes later, a guy I’d never seen before sat down on the first row of the bleachers. Was this the guy? Older than me. Probably a junior or even a senior. Decent looking. Why didn’t he just come up and face me?

Frustrated, I stood and debated about going down to confront the dude. Reveal himself, the note had said. Maybe that’s what he just did. My mind made up, I started toward the guy. Before I got there, he stood as a co-ed came off the courts and gave him a kiss on the lips. Then they walked off together, leaving me standing there with my mouth open.

Panicked by my near-blunder, I gave up and jogged across Central Avenue to the bar. I spotted George and two glasses of beer at a table in the far corner. After picking up a draft for myself, I moseyed over and took a seat at the table.

“In the head. What happened?”

About that time, my roommate arrived and took his seat. He looked at me and arched an eyebrow. “Well?”

“No show,” I said. “And I about pulled the boner of the year.” I told them what nearly happened, and Marco made a joke out of it.

“So you about became the stalker instead of the stalkee.”

We ended up having a good time and wandered back across Central to the campus only mildly high. George lived in a different dorm, so we said goodnight and went to our own hall. Semi-high and happy, I took out my key to the door, and froze. Then I snatched the note affixed to the frame. Looking over my shoulder, Marco read it aloud.

“Got unavoidably delayed. Sorry I missed you, but I’ll make it up to you later tonight.”

I exhaled a gust of air. “Later tonight! When, where?”

“He has my phone number?” I snorted again and stormed into the room. “Why not? He knows where I live.”

Marco looked alarmed. “Hey, man, don’t get so upset. You sound like you want to meet this dude.”

“Yeah. Meet him and have it out with him. I’m gonna go take a shower. If my admirer shows up, don’t let him in.”

A hot shower leached some of the tension out of me. I was drying off when Marco poked his head through the door and handed me my cell. “You got a call. I think it’s your admirer.”

I draped the towel around my shoulders and put the phone to my ear. “Hello.”

“Sorry I missed you earlier.”

The voice was familiar even though there was an obvious effort to disguise it. “That’s okay. We can put an end to this now. That way, your identity won’t be compromised.”

The “Hey, man” tickled my brain. I could place the voice… almost.

“Good. Now let’s talk this over. I know you’re interested.”

I eased over to dboor and peeked into the other room. “How do you know?”

“You would have cut me off by now if you weren’t.”

I spotted Marco sitting at his desk talking on the phone. Suspicions confirmed. I whistled into the transmitter and watched him jerk the phone away from his ear.

Barging out into the room stark naked, I yelled at him. “Marco, you son of a bitch, what are you doing?”

His eyes swept my nakedness as he faced me. His complexion darkened. “Pete, I… I’m sorry. It started out as a joke, or at least, I think it did.”

Suddenly discomfited by my nakedness, I snatched a throw pillow off the sofa and covered myself. “What do you mean, you think?”

He punched a button on his phone, closing the call. “Well, the first two messages were jokes. I even included me in the second message, so you’d be sure and tell me about it.”

“And then I got to thinking about it. Why’d I start this thing in the first place. Had to be a reason I picked that kind of a practical joke. I finally admitted it said more about me than about you.”

“Meaning I was interested in you. You know… that way. But both of us were getting in deeper and deeper.” He waved the phone in his hand. “So I was gonna end it with this call.”

My next words surprised even me. “Not as sexy as you.”

“Me neither. Until now.”

I rubbed my eyes and realized that was the hand holding the pillow. I tossed it aside. “Marco, I dunno what the hell I’m saying. But well… do you keep your promises?”

“About over the moon to the stars.”

That damnable grin of his slowly built on his face. He shrugged out of his shirt and came to me.

And damned if he didn’t keep every promise he’d made. Every blessed one of them.

This story came about because I once had a college roommate that I wish had started a flirtation with me. But if he’d taken Marco route, I was so dumb about things, he’d have to club me in the head to make me realize it. Hey, did I just admit that maybe he did and I missed it? Don’t think so. Never got any surreptitious notes from him or anyone else.