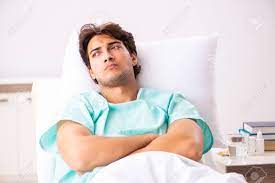 Got a few comments on last week’s “Profane Eidolon.” By the way, I had to go to Word Hippo to come up with that title.

This week, I’d like to offer another two-parter. And I have to tell you the idea was given me by a friend who knew someone who had a similar experience. Anyway, the idea was too good to waste. The friend—who’s also a writer—gave me leave to steal her idea. So here goes.

I GOTTA HANG UP NOW….

I noticed Tim wasn’t quite right on a Monday morning after he got hit in the head on Saturday by a baseball during a local game, but it took until Wednesday before he agreed to let me drive him to the doctor. We were both nuts about participating in neighborhood affairs, and as we were both twenty-three-year-old athletic guys, sports seemed the way to do that.

The ball laid him out on the pitcher’s mound, but other than being dizzy, he insisted he was okay. Everyone on both teams pressed him to go be checked out, but aside from his handsome face and ripped body, Tim’s most outstanding feature was his belief he was indestructible. I have no idea where that tenet originated.

We’d been together for two years now, and I knew him as well as anyone… better than most because most people weren’t intimate with him and the beneficiary of pillow talk.

“Pete,” he would often say to me after a bout in bed, “I don’t know how we got together, but this thing is going to last forever!”

And I, usually exhausted from his antics, would dutifully remind him he’d come on to me when I hauled him back to the dorm dead—or so I thought—drunk. Instead, he looped an arm around my neck and gave me what I imagined would forever be denied me, a big, sloppy kiss on the lips. Ah, what a memorable night.

But now he was lying in a hospital bed, still addled from the baseball, and being examined by doctors of all stripes. The most prominent was a neurologist who, at the moment, was giving us a reading on Tim’s recent brain scan.

“There’s still some swelling from the blow to the head, and that’s normal. There is one condition I want to keep an eye on.”

The medic, not yet fully appraised of our relationship, I suspect, gave me the fisheye and addressed his reply directly to Tim. “Difficult to say until the swelling goes down, but I do have a concern over dementia.”

“Dementia?” I exclaimed. “At his age? Doctor, he’s only twenty-three.

“There are types of early onset dementia. And a severe blow to the head may help it progress faster.”

During the entire discussion, Tim said not a word. He sat in bed looking handsome and vulnerable, the open backed gown he was wearing, drooping off one shoulder like the beginning of an enchanting strip tease.

“I want to observe you a few more days, Mr. Mason, the doctor finished. “So I won’t release you, at least not prior to this coming Friday.”

That was more than the doctor could stand. “And who are you?”

“No, sir. His domestic partner.”

“And I’m listed in his living will as his administrator, or whatever you call it.”

His face cleared, and he asked for contact information. After he left I took the chair beside the bed.

He gave me the smile that always stirred my nether regions. “Enough. I’m going bananas before my time.”

“I wouldn’t put it that way. The doctor hasn’t diagnosed it yet, but we’ll fight it, whatever it is, together.” I mustered an uncertain grin. “Mason and Flann. Together they can fight off the world, right?”

He leaned back against his pillow. “Right.”

I left the hospital that evening conflicted. Tim wasn’t physically impaired, other than a bonk on the head. But my mother died of Alzheimer’s, and that scared the hell out of me. Of course, she’d been over seventy, and Tim was only twenty-three. So what did “early onset” mean. He started the symptoms earlier and stayed more or less okay until later in life? Or it started earlier and progressed faster?

My cell phone rang while I was at work the next morning. I relaxed when Tim’s baritone flowed from the receiver.

“At work, lover. Missing you like crazy. That was a lonely bed last night.”

“I’ll bet.” His tone changed. “It better have been. Or did you sample what Bryan’s always offering?”

“Then why does Bryan flirt with you every time we see him at the bar?”

“Hell, Tim, he flirts with everyone. With you too, in case you haven’t noticed.”

“Nope. Just lonely me, holding myself in my hand and thinking of you. And frankly fighting to keep from pumping the pipe.”

“Here I am lying in a hospital bed, and you’re home jerking off.”

“Not what I said. I said thinking of you and trying to keep from—”

I hadn’t planned on going to the hospital until after I finished my workday, but his reaction prompted me to alter my plans. I finished the task I was doing when he phoned, and took off across town to the hospital.

Tim brightened when I came through the door. He was in a semi-private room, but no one occupied the second bed at the moment.

I covered him up. “Jeez, can it, Tim. Somebody might come in.”

I placed my body between him and the door and pressed a hand against his groin.

“Ah, that feels good.” He pushed back the covers and pulled up his gown. Wasn’t anything to do but grab onto his excited pole. “Oh… better! Pump it.”

So against my better judgment, I masturbated that attractive tool attached to that super-handsome stud I loved, until he sprayed his essence all over both of us. I had barely finished cleaning him up with damp paper towels when I heard the door open behind me. I turned to find a young nurse entering. A pretty young nurse.

“Hello, Angel,” Tim said. “Have you met my partner? Pete, this is Angel.” He dropped his voice. “Don’t tell anyone, but Petey just took care of my need and was cleaning up.”

I felt my cheeks go hot. Tim’s Angel acted like she’d heard it all before.

Offhand, I’d say Tim wasn’t acting very rationally, although you never know. Getting his pipes drained… now I understand that. But blurting out the fact to a pretty young nurse of the female persuasion? That I don’t know about.

So let’s see what happens next week.