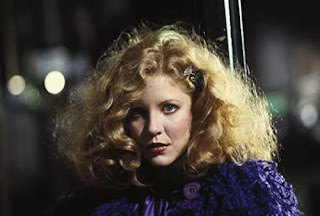 Good reaction to Don Morgan’s look at his novel MIASMA last week. I’m jealous… he got a lot of hits.

This week, I thought I’d give you a little short fiction piece. I say fiction, but I’ll bet some of you have lived it. Read on.

Her hair, a bird’s nest of spun gold—untamed yet never messy—girdled a face as heart-shaped as the locket at her breast. Immense green eyes casually observing the world held a hint of mischief. Pert breasts, not huge but adequate. Hips not as broad as some but nicely rounded, and exquisite legs that went on forever.

Gwendolyn was her name, but she became Golden Gwendolyn when I met her in my neighborhood bar. Not a regular. She just happened to drop in, she claimed when I struck up a conversation.

I saw her a couple of times after that and bought us both drinks, although she always called it quits after two. Of course, two Long Island Iced Teas were enough for most people. Vodka, gin, rum, tequila, and triple sec was a potent combination.

Then we progressed to coffee on a couple of afternoons. Seems strange that moving from a bar to a coffee house is progress, but the afternoon meetings were deliberate; the evening encounters appeared accidental. But tonight was our first arranged date. I could hardly wait for the boring Friday workday to pass. One of my mom’s favorite expressions was, “Satan, get thee behind me.” Now all I wanted was for the day to get behind me so I could be Satan.

When she stepped out of the apartment house where I picked her up that evening, she was so dazzling, my knees went weak. Taking her gloved hand, I led her to the car. She was dynamite—no, way past that, more like pure nitroglycerin—in a glittering blue and black shaded sheath that hugged her body like a passionate lover. Well, I had news for that dress. It was going to be lying on my bedroom floor before the evening was over. Sweat broke out on my brow at the thought.

As I handed her into the passenger’s seat, she spoke in a low, throaty contralto. “Thank you, Connie. You’re quite the gentleman.”

Normally I’d go on a tear when anyone called me Connie. My name was Conrad, and use of the familiar got my dander up. Not with Gwendolyn. She could call me anything she wanted. I, of course, would never consider calling her Gwen or Gwinnie. She was Gwendolyn… period.

The place I’d chosen for dinner ate up a good bit of my food budget for the month, but this was an all-out, damn-the-torpedoes event! Score time with the most luscious dish I’d laid eyes on in eons. I wasn’t very hungry, but I didn’t want to be so pedestrian as to ask for a carry-out box. She ate daintily as she carried on a witty conversation, but managed to consume it all. This gal was perfect… except, maybe, her hands. They weren’t as long and slender as I imagined they should be. In fact, they were rather broad and blunt. But if that was her major flaw, I could live with it.

I about melted from the inside out when she said yes to a drink in my apartment after dinner. As I killed the car engine in the dimly lighted parking lot at my apartment house, I figured to make my intentions clear before going upstairs. I placed my hand behind her head and pulled her forward for a kiss. A deep, sweet, peppery kiss. And sweet it was. My hands wandered down her smooth back and circled to caress those pert breasts. She wore a padded bra, or so it felt beneath my squeezing fingers, so her bosom must be smaller than imagined. So what? If I could keep looking into those enchanting eyes, nothing else would matter.

My hands moved down to her belly, but she wouldn’t permit me in her groin. That was okay, the point was made.

I saw her out of the car and strolled with my arm about her shoulders into the building and up one flight of stairs. As we entered the apartment, she left her purse on the entry table after rescuing a stick of lip gloss, and followed my directions to the bath. Not wanting to rush things too much, I limited my “getting comfortable” to shrugging out of my sports jacket and stripping off my tie.

Intercepting Gwendolyn as she came out of the bathroom, I pulled her to me and sat on the side of the bed. She didn’t resist, so I sprawled across the mattress, bringing her with me. The kiss was long and sweet. Then I rolled atop her. My libido was raging now, and there could be no mistaking my aim. I ground my groin into hers and moved in for a final kiss before making the move. As my lips touched hers, I brushed her cheek with a hand. What the hell! Raspy? I moved back and noticed a slight lump in her throat. I felt my eyes go wide. This gal was a dude!

I rose to my elbows and started to shout my indignation. But those eyes. I couldn’t get enough of those eyes.

I licked my lips and muttered, “Oh, what the heck!”

She—he smiled broadly as I moved down to those intriguing lips.

Well, what about it? Anyone get caught in a situation like this? If so, how did you react? I’d be interested in knowing.