The Cutie-Pie Murders (Another Look) 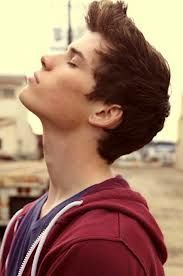 On July 7, I posted part of Chapter 1 of my new novel now making its way through the Dreamspinner publication process. Inasmuch as I received the 3rd Edit for my review today, we’re getting closer to a release date. Since this is fresh on my mind, I’d like to give you more of the novel.

The following comes from the beginning of Chapter 2. You may recall that in Chapter 1, our hero BJ Vinson traveled to Santa Fe to visit an inmate named Zancon Zapata who made it plain he wanted to engage BJ to exact retribution for the murder of his nephew, Mateo (Matt) Zapata.

In the passage below, Matt’s father, Juan Zapata visits BJ to engage his services to investigate the murder. Does he want the same thing as his imprisoned brother? Let’s see.

Hazel Harris Weeks stuck her head through the door of my downtown private office. “Fellow here by the name of Juan Zapata. Says he has an appointment.” My office manager’s voice held a note of censure. One more thing I’d neglected to tell her.

I swung my feet off the corner of the desk and sat up straight. “Called him on the way back from Santa Fe yesterday.”

Hazel frowned. “Any relation to Zancon Zapata?” Hazel had taught alongside my parents in the Albuquerque public school system and had been my mom’s best friend. When I lost my parents to a car wreck, she’d appropriated the job of surrogate mother. Fortunately, her late-life marriage to my business partner Charlie Weeks eased that burden. Even though Hazel didn’t totally understand my lifestyle, she’d grown as protective of Paul as she was of me, and she knew every detail of what the Saints had done to him.

“Somebody killed Juan Zapata’s boy. He’s entitled to the same respect as any other paying customer.” The word paying would get to her faster than any other explanation. She nodded and disappeared.

A moment later, she ushered a younger, healthier version of Zancon into my inner office. The man’s overcoat was damp from scattered snowflakes falling outside. Thank goodness my trip to Santa Fe came yesterday. Today’s snowfall didn’t amount to much in the city, but if it was flurrying here, it was likely heavier in the mountains. I stood and gripped the man’s outstretched hand.

“I’m Juan Zapata. I understand my brother filled you in on my problem yesterday.”

“B. J. Vinson. Everyone calls me BJ. Zancon told me about your son’s death but gave me no details. Said you’d explain it.”

Juan flushed and took the seat I indicated. “Sounds like something he’d do. My son was gay, Mr…. uh, BJ. And that’s something Zancon can’t deal with.”

The man on the other side of my desk blew through his nostrils in exasperation. “I don’t know a hell of a lot. I misspoke saying Matt was gay. He was probably bisexual. He’s had a couple of girlfriends over the years, but I suspect he’s had a few boyfriends, as well.”

Score another one for Zancon. He not only wanted me to kill his gay nephew’s murderer, but he’d come to a gay investigator with the request. Probably figured it took one to know one. Some things never change.

“Let’s start with the basics,” I said. “Tell me about Mateo. I understand he was eighteen. Was he still in school? Live at home? Have his own place? Show me the young man before you tell me about his murder.”

Juan took me literally, dragging out his billfold and handing over a snapshot. The kid almost took my breath away. Beautiful eyes the color of rich humus. Curly hair so dark it was barely short of black. Thin nose, broad sensual lips. This guy was movie star handsome with enough irregularity to his features to render him sexy.

Juan sighed before starting down the road of his son’s short life. “Mateo… Matt… finished high school last year, a year ahead of most of his classmates and enrolled at the University of New Mexico. He wanted to be a commercial photographer. But I think that was just so he understood the camera. His real ambition was to be a professional model.”

“He had the looks for it. Did he live on campus?”

Juan shook his head. “Had a small one-bedroom apartment on Princeton. Half a block south of Central. Easy walk to his classes.”

I learned a lot about Matt Zapata while his father worked around to something obviously difficult to face, the thing Zancon hadn’t wanted to discuss yesterday. Matt was a swimmer. A tennis player. A whiz at poker. Popular with girls and guys alike. Played a mean guitar and had a decent singing voice. Finally, Juan hesitated. He’d arrived at his destination.

“Although I provided for his needs, Matt was always independent. He’d recently taken a job. I discouraged the idea, saying he ought to enjoy these college years, but he wouldn’t listen.”

He was dragging his feet again, so I cut straight to the chase. “What kind of job.”

Juan averted his eyes. “He never actually told me, but from what I can gather, he was an escort. He… ah, he was an amazing kid. He fit in any social circle you could imagine. And when he dressed up in a suit or tux, he was really something.”

Juan tapped the arm of his chair, a nervous gesture. “Best I can figure, he was freelance. He booked his calls through a phone service. He was new to it. Only had a few assignments before… before….”

“Did he die on one of those assignments?”

Juan Zapata dropped his head to his chest. “I don’t know. He… he was found on the West Mesa.”

He swallowed hard, but I could see he had more to say. “And?”

“My son was naked. At least that’s what they tell me. And….”

I spared him the agony of continuing. “Let me get a copy of the police report and talk to a couple of people, then we’ll discuss this again.”

“At the moment, I don’t see why not. Is there a question in your mind about it?”

He lifted anguished eyes. “My brother is someone you shot and put behind bars. My son might have been a call boy. So—”

“And his life was taken from him. Tell me, are you looking for justice for your son or revenge?”

A startled look passed over his face before understanding dawned. “I am seeking justice, BJ. Find the bastard who killed Matt and get him tried, convicted, and locked up for the rest of his life.”

I thought for a moment. “Locked up in Santa Fe where Zancon is waiting.”

“Send him somewhere else, I don’t care. Just so he can’t slaughter someone else’s son.”

“The police can do that for you.”

Juan dry washed his face. “Zancon and I agree on one thing. The cops will take one look and consider it simply as some gang killing a queer. I want someone fighting for me. For Matt.”

“I need to clear this with a couple of people first, but who your brother is and what you think your son might have been will have nothing to do with my answer. I should be able to call you by Monday afternoon.”

“You haven’t mentioned your fees. Please rest assured I’m willing to meet them. And the funds will be mine, not Zancon’s.” He reached in his shirt pocket and pulled out a folded piece of paper. “I’ve taken the liberty of writing a retainer check. Please let me know if it’s adequate.

I glanced at the amount. “This will do just fine.”

After he took his leave, I talked to the two people who had to be consulted, Charlie and Hazel Weeks, the retired cop who happened to be my partner in Vinson and Weeks, Confidential Investigations, and my office manager. They expressed no reservations about the case. Hazel even smiled when I laid the retainer in front of her.

It looks as if BJ is hooked. He’s willing to work with Matt’s father, but he wants nothing to do with the uncle who he put in prison several years ago. Can he keep the different interests of the two separate?