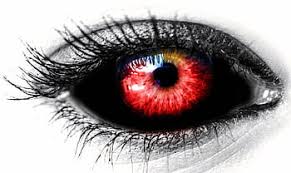 Readers from Hong Kong led the pack again last week, and surprisingly readers from Russia came in second. We readers from the US fell to third place. Unusual.

Tancready endured a painful day, even though he sought the shade of the forests on Sandia Mountain, only to have the subject of his lust eventually discern his intentions and flee into the night. Using his own mode of transportation (not not on bat wings) he follows Boris back to UNM. Now let’s see what happens.

Using that other dimension, I easily reached the campus ahead of Boris. From a place of concealment, I observed him pull into a parking spot and crawl out of the Jeep. Slowly, as if totally exhausted, he trudged toward the buildings, passing his dormitory and making for the Duck Pond to claim the bench where we had played chess. He sat down heavily.

Cautiously, I drew near, but his psychic energy flared. He glanced around warily as I eased back into the shadows. Even from afar, I observed the erection trapped between his leg and the denim of his trousers. He sat with his chin on his chest while his blood subsided and the goose bumps that puckered his flesh faded away. He was as frightened as he had ever been in his short lifetime, but he had not yet divined his true fear. He perceived his present agitation as merely a challenge to his manhood by a pervert. I wondered when he would truly understand. Finally, he rose and walked directly to his dorm.

Craving Boris more desperately than ever, I found a rowdy bar and fed my ravenous appetite by absorbing the frantic energy flooding the place. When the tavern closed, I roamed the night until I chanced upon a youth hurrying through an alley. My dark psychic energy brought him to a halt. He was an Indian in his late teens, good-looking, innocent. I took his seed while he stood frozen against an adobe wall in the darkness. Then, ignoring his terrified, soulful eyes, I threw him to the ground and ravished him the way I so ardently desired to ravish Boris. Still not sated, I licked the smooth, pulsing neck and drew blood for the first time in a century. I left him lying half-naked and weakened, but alive in that silent alleyway. His body would heal; I closed my mind to any other damage that may have been inflicted.

Boris showed up Friday evening. Expecting such an event, I had not closed my gate against the world for the past few nights. I opened the door and expressed false surprise.

“Tancready,” he said, nervously shifting from one foot to the other. “I came to apologize for the other night.”

“That is kind of you, Boris. Won’t you put the incident from your mind and come in?” His internal struggle was obvious as he stepped over the sill. I snapped on a small, weak lamp for his convenience.

“That’s the problem. I can’t forget.”

“Because you are curious?” I suggested gently, releasing the tight rein I held on my energy. He nodded uncertainly as an orange tendril caressed his handsome face. “Have you had any experience with a man?” He shook his head, his torso now engulfed. “But you wonder what it would be like.” I made it a statement.

“I don’t know. Maybe.” He licked his lips nervously. I recognized his urge to flee … and his inability. “How did the prints come out?”

“Boris,” I said, releasing my sexual energy to go where it would. “Forget the prints, at least for the moment. This needs to be dealt with.”

“H…how?” he stammered, even as he reluctantly submitted to my will and slowly approached. “Damn, Tancready! What am I doing? What are we doing? Why can’t I stop myself? Why—”

I cut off his words with a kiss. He resisted momentarily, and then surrendered those rosy lips. His reluctant tongue entwined with mine. With that kiss, I fed my pyranic energy, indulging my long-suppressed desire for this young Leandro.

I took a moment to drink in his masculinity. The boy’s curly hair had a fetching, careless look, flowing down into sideburns that ended in a point, like a child’s that had never felt the bite of a razor. Huge, magnetic eyes; wide, expressive mouth; skin without blemish and glowing with health and the vitality of youth dominated his features.

He stood rooted to the spot as I slowly removed his shirt. With wry amusement, I noted a thin chain around his neck, a tiny gold cross he had instinctively worn as protection. I concluded that perhaps he was consciously or unconsciously edging toward an understanding of the situation. When I touched the small Christian symbol without alarm, his defenses shattered.

I stroked the broad shoulders and ran my hands across his smooth hairless chest. Gently drawing him into my arms, I smoothed his horripilate flesh with my palms. His belly fluttered from excitement or fear; probably a bit of both. I traced the V of his back to the

belt line. Holding him helpless in my aura, I freed him of his clothing. The sight of his naked loins deprived me of the last of my control. He was as perfect as I had imagined, masculine, physically powerful, yet totally vulnerable; frightened of a carnal encounter with a man yet anticipating it. His psychic energy flared with every color in the spectrum. Fear, loathing, desire, anticipation, disgust, lust. Wild with my need, I tasted his throbbing flesh. Boris writhed at my touch, doing battle with carnal desire and instinctive panic. Each was an aphrodisiac to me. When his time neared, he lost the will to resist and moved his hips, slowly at first and then with all the power of those sturdy thighs and gifted me with his essence. It was as potent as I knew it would be. My energy level soared! My strength surged! My awareness became so hyper it was almost unendurable. I shared the ecstasy of his ejaculation, knowing he had experienced what few ever achieve…the love of a Vampire.

He lay exhausted on the thick carpet while I rested my head on his breast, glorying in his soft breath against my cheek. Rising to his side, I explored his features to fully understand the beauty of this extraordinary young man. I covered him with the cloak of my love, the aura of my friendship, the whole of my devotion!

A mistake! Too much, too soon. He scrambled to his feet and, without pausing to dress, clutched his clothes to his breast and ran naked to his Jeep. Sated and overloaded with energy, I turned sullen and morose.

It seems that Boris was caught in Tancready’s web, allowing the vampire to taste his ambrosia. But did Tancready ruin it all by being unable to control himself? We already know Boris is sensitive to Tancready’s aura and mayhap throwing a cloak of love over the boy was too much too soon. At any rate, Boris bolted into the night once again… this time naked and clutching his clothing in his arms.

Ah, next week… what will happen?

The following are buy links for my last BJ Vinson mystery The Voxlightner Scandal.