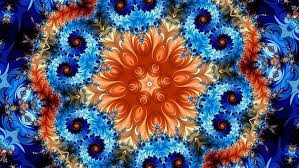 Hope everyone had a good Christmas and New Year’s Eve… and safe ones.

Today, we’ll wrap up the story of Kaleidoscope Eyes. I have no idea of what’s coming next. Hopefully, I’ll have come up with something by next week.

Answering questions for the police and medical people made Derek late for his first physics class. He might as well have skipped it altogether because his head was busy reliving the past few hours. Billy Bream meant nothing to him, still he was a fellow human being, and saving his life was the right thing to do. He frowned… if that’s what he did.

After the class, his car took him to the hospital, seemingly of its own volition. He sat behind the wheel wondering why he’d come. Like he said, Bream was nothing to him. In fact, he didn’t really like the guy very much. That wasn’t fair, he didn’t know him. Derek shook his head in anger. Why was he dithering over this aggressive woman-chasing lothario, anyway?

Despite his confused state, he got out of the car and made his way to the hospital lobby where he was directed to a room on the third floor. He stood outside the closed door wondering what the hell he was doing when a nurse approached with a dazzling smile.

“You here to see our patient?”

She opened the door and preceded him. “It’s okay, come on in. Billy, someone’s here to see you.”

“Hey, Paulson. Thanks for coming by.”

Wow, the handsome hunk knew his name. Derek crossed the threshold without knowing why, except that maybe he was trapped now. “Hi, Bream. Just came to see how you were doing.”

“I hear I owe you, big time.” Billy extended a hand, and he was forced to accept it. The grip wasn’t as strong as he expected. Accident probably took something out of the guy.

Billy dropped his arm to the bed like it weighed a ton. “Not too bad for having a bunch of bones broken. Doc says I’ll be okay. So does Samantha, right?” He unleashed a smile at the nurse fiddling with beeping things on a stand beside the bed.

“In time, you’ll be just fine… providing you behave yourself.”

Derek figured Billy had already tried to get the pretty nurse into his bed.

After a couple more thrusts and ripostes, the nurse left, and Derek found himself the center of Billy’s attention. He had no idea what to say.

“Seriously, guy, thanks for what you did,” Billy said. “They tell me if you hadn’t revived me, I might have been in big trouble.”

“Is it that serious?”

“Apparently not now. But at the time of the accident, I was in shock, and if you hadn’t brought me out of it, I’d be roadkill now. You saved my life, man.”

“You did. You absolutely did.

A yellow haze crowded his periphery. Yellow was a tricky color. It could mean caution, happiness… even confusion. Guess that’s what it meant now. Confusion. The guy was turning out to be okay. The yellow changed to a pale blue. Blue, it got that way when he was calm… and shy.

He shrugged. “Wasn’t anything. You’d have done it for me.”

A twinkle appeared in Billy’s eyes. “Not so sure. Understand you gave me the Kiss of Life. Not sure I coulda done that to another dude.”

A warning purple flashed. “Sure you could have… you know, in an emergency.”

Drop it, Derek’s mind said, but his mouth kept going. “Of course, you could.  You’re a compassionate human being.”

Well, sure.” The purple returned, pale now. That frightened him. He saw that shade sometimes when he was… well, aroused.

“Not sure I’d know how. Why don’t you show me what you did.” Billy held up a warning finger. “Without the chest compression. Think that would do me in for sure.”

Derek glanced around wildly. “But….”

“Don’t worry, nobody’ll come in. Doc isn’t due till around four. And the nurse was just here.”

“Come on, Derek, I’ve seen you eyeing me at the pool.”

“Yeah. Who wouldn’t? But you’ve checked me out too.” He paused before adding. “From top to bottom.”

Was that true? Had he? Well, sure… you know, checking out the competition.

“Well,” Billy said. “Do I get a demonstration or not?”

“Yeah. I wanna know what you did for me.”

Derek stumbled to his feet, disconcerted by the pale purple—almost lavender—wash filling he room now. He bent over Billy, examining the other guy for signs of a trick. He saw nothing, and a warning red did not materialize.

As he hesitated, Billy snaked a hand behind his head and pulled Derek to him. He forgot to blow into the other man’s mouth, forgot where he was, forgot everything except the shock of realizing this was a kiss like he’d never experienced before. He felt it. In the pit of his stomach. Clear down to his toes. And in his groin. Especially in his groin.

Derek fought for air as they parted. Billy’s eyes danced as he grasped Derek’s hand and placed it over his crotch.

“I… I dunno how to describe it,” Derek stuttered.

“I do. Dynamite.” Billy pressed Derek’s palm down harder. “You know, I’ve gotten everyone in that apartment complex except for the one I really wanted. And as soon as I get out of this hospital, I’m finally gonna get him.” He arched an eyebrow at Derek.” “Unless you aren’t there when they let me out of here.”

Derek swallowed hard. “Don’t… don’t have any place else to go.”

Billy’s smile grew broader. “Good, then it’s a date. A date and a promise.” He snorted. “And all it took was a near-fatal car wreck to get it done.”

Derek left the hospital with his palm tingling. As he and walked to his car, his eyes kaleidoscoped all over the place before settling down to a gentle, lavender haze.

Somehow, I don’t think that turned out quite the way Derek intended, but who knows? Perhaps he’ll find out he’s not the person he always thought he was. Be interesting to peek in the window when Billy finally comes home from the hospital. But both their apartments are on the second floor, so don’t guess that’ll happen.