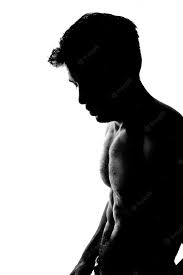 Last week, Albuquerque police Detective Dave Field, questioned Luther Standing about the murder of John Jacob Kinsolver, a well-known and popular former cop turned private investigator. The young man answers his questions in a straightforward way, making no attempt to hide there was a relationship with the dead PI. As Dave takes the young Indian home, Luther mentions that Harold Balderson, John Jacob’s young assistant always carried a knife on a sheath on his belt. That gives Dave a way to push Balderson’s buttons.

And I pushed them hard. He sat in my interview room more than once squirming under a barrage of questions. He made a mistake early on by denying he carried a knife. One of the photos in JJ’s files clearly showed a sheath holding a miniature hunting knife. In addition, I located a couple of friends of his who confirmed he never left his apartment without the knife… until a few weeks ago.

I went to a sporting store and purchased a blade like the one in the photograph and took it to the medical examiner who confirmed it could have been the murder weapon. That was enough to get me a search warrant for Balderson’s apartment and car. It surprised me when I found a knife in his bedroom… until I compared it with the photo. Different knife. Harold was smart enough to make sure he had a knife after I asked him about one.

When I called him on the fact this was a different brand, he claimed he liked this one better and replaced the old one. Where was the old one? First this answer and then another. None of which checked out. It was probably at the bottom of the Rio Grande… providing he could find a spot deep enough in the shallow river. A years-long drought had severely reduced the waterflow in our famous river.

I don’t claim to be a skilled interrogator, but I am a dogged one. I leaned on that kid so hard, trailed him so doggedly, he just finally caved and admitted the whole thing.

Harold Balderson’s instincts had been correct when he tried to scare Luther Standing away. John Jacob was falling head-over-heels in love with the handsome Indian. Harold could also see that Luther was slowly yielding to JJ’s kindness and attention and interest.

Balderson’s response to me that he’d have gone for the Indian instead of his meal ticket was likely the way it would have gone down, except Balderson went nuts when JJ finally convinced him it was over. The kid watched from across the street and trailed JJ up Indian alley. Realizing the man was going to look for Luther, Balderson lost it completely, stabbing his former love in the liver before finishing him with a thrust to the heart.

The enraged man then started for the Last Spruce, intending to call out Luther, but his rival wasn’t there. Since he didn’t know where Luther lived, Balderson was left to rage silently until the moment passed. Recalling that I’d found JJ’s personal computer at his home explained why Balderson hadn’t destroyed the photos and files. If he’d been a tad smarter, he’d have broken into the house and gotten rid of the laptop.

The fact that Balderson followed John Jacob into the alleyway made it a premeditated act, and that’s the way the Assistant District Attorney indicted him.

After the excitement of Balderson’s arrest passed, I found myself thinking of Luther Standing. Why? I didn’t know… not really. But I’d questioned him as a suspect, so perhaps I owed him an explanation. Besides, I needed to let him know he didn’t need to call me each Monday any longer. He’d surprised me by doing exactly that in the two Mondays that had elapsed since I gave him those instructions. Of course, I could have just waited until Monday to give him the news, but I didn’t. He answered his cell on the second ring.

“Luther, this is Dave Field. I need to talk to you.”

“Yes, sir. Do I need to come down to the station?”

“No, this isn’t official. How about a cup of coffee?”

“Sure, Detective. Whatever you say.”

After my shift that day, I picked him up at his apartment and drove to a nearby Shooting Star. Coffee had just become dinner.

As I glanced at him sitting across from me in one of the Star’s high-back booths that gives a sense of privacy, his looks grabbed me again. I’ve seen plenty of handsome men—movie star handsome men—but never one that just grabbed my attention and held it. Until this one. All of a sudden, I understood how John Jacob Kinsolver felt about him. The other kids… no, but this one? Yeah, I could see it.

“What’s up, Detective?” he asked, in his low, rumbling voice.

“And I thought it only fair to let you know that Harold Balderson confessed to killing M. Kinsolver. I suspect that’s not much of a surprise to you, but what you don’t know it that after he did that, he came looking for you at the bar. Aimed to do you the same favor.”

Luther’s black eyes stared into my grey ones. “Damn.”

“You’re lucky he didn’t know where you lived.”

Luther pursed his lips and nodded. “Maybe he was the lucky one.”

He shook his head. “No. Sure wish Mr. Kinsolver had been lucky.”

“You’d be with him if he had been?” Don’t know why I asked that, it just slipped out.

“Probably. He was a good man.”

“I guess he was your kind of guy.” Dunno where that came from either.

Luther’s lips firmed for a moment before relaxing again. “Understand one thing, Detective—”

“—Detective Field. He came looking for me, not the other way around.” Luther visibly relaxed. “I dunno, maybe he was my kinda guy. A decent one. Haven’t been with many men, but I guess the others were a lot like him.”

“One, actually. A friend—a counselor—who pulled me out of the clutches of alcohol. I guess I thought I owed him.

I allowed my confusion to show. “The first time I laid eyes on you was in a bar with a woman draped all over you.”

He arched an eyebrow. “Which one you asking about?”

“Okay, first off, I like women. Second question: I wasn’t an alcoholic, but I was heading that way. Freddie, that the other guy, taught me that I was the boss, not Lady Alcohol. Taught me how to drink responsibly. Recognize limits.”

He paused and eyed me frankly. “And he also taught me a man can show you love too. Not like a dad or uncle, but… well, you know.”

“What happened to him?”

“Gone. Car accident. Somebody plowed into him head-on on the highway. I… I was supposed to be with him, but I was late getting off work. He was coming to get me.”

“Guess that’s why John Jacob got under my skin so easy. Reminded me of him. Not, not physically, but the way he looked at things.” Luther gave me that disturbing, piercing eye look. “How about you?”

He shrugged and fed me my line back to me. “Both of them.”

I slumped back in the chair and uttered the first thing that came to mind. “You don’t have to call me every Monday anymore.”

He licked his lips. “What if I want to?”

A smile played across his lips. “And I like you, old man.”

Possibilities opened up before my eyes. “I’m an Albuquerque cop, you know.”

“So was John Jacob.”

He seemed to swell, then his look turned pitying. “If you think I simply sold myself to Mr. Kinsolver, then we don’t have anything more to talk about.”

Something shot through me. It shook me when I realized it was panic. “Sorry. Guess I was thinking of Harold Balderson. That’s all there was in it for him.”

He moved to get out of the booth. “If you think I’m like Harold, we damn sure don’t have anything to talk about.”

I gripped his wrist. “That’s not what I meant. This is all new to me. I don’t even know how I feel about this. I mean….”

He flashed a smile that about unhinged me. “Then why don’t we go find out how you feel. One time, one experience isn’t gonna change your life.

Seems to me like Luther was a strong influence on the detective. The kid more or less solved the murder case for him and then solved another mystery, as well. Really like to know what went on after they left the Shooting Star Restaurent.