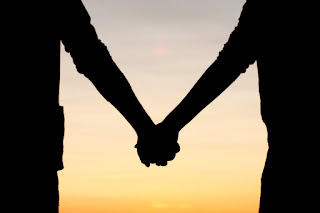 Best friends are reunited after several years. Will their renewed friendship blossom or wither under the pressure of careers, marriages, and fatherhood? Let’s see, shall we?

I didn’t know it at the time, but that reunion in my office six months back saved my marriage. That takes some explaining, because I’m not sure I understand the situation, myself. I got the first clue a month after he moved his family to Albuquerque. Karen eyed me over breakfast one morning.

“What?” I asked, instantly on the defensive. That seemed to be the way it was with us lately, one the aggressor and the other the defender… and the roles switched frequently. Frankly, it had been that way for at least a year. Last summer, things got so tense, she made a prolonged visit to her folks in Missouri. That separation brought both of us to our senses. I missed Karen and Susan terribly in those two weeks, becoming such a bear at the office, that my secretary threatened to quit.

When my two girls returned, things got better for a time. But the problem—whatever it was—had begun to creep back into the relationship. It wasn’t sexual. Karen and I were both good in bed. Our daughter? Well, Susan was the glue that kept our family a family. She was perky, daring, demanding, and a pain at times, but on the other hand, she was a five-year-old bundle of pure love.

In answer to my rather surly question, Karen put down her coffee cup and leveled a gaze at me. “What’s got into you lately. You seem much more relaxed. You’re about halfway pleasant to be around.”

“More like the me I remember meeting in college.”

I started to give a flip answer, but paused to consider. “I dunno,” I finally admitted. “I just feel… looser. More relaxed.”

Karen’s no dummy. She leveled a gaze. “It all started when Raul and Liz came to town.”

Denial died. I nodded. “Guess it did, didn’t it?” I smiled. “Good having my buddy back again. We grew up together, you know.”

A warm feeling swept me. “Yeah, it’s good having him back. Even better that the families get along. I think Susan about halfway thinks Dirk and Rico are her brothers.”

Karen reached out and grasped my hand. “We’re going to be all right, aren’t we?”

It shook me that it was a serious question. I placed my other hand over hers. “Absolutely. We’re going to be fine.”

And things were for a time. Then I found myself wrestling with a vague unease, a tenseness, a dissatisfaction I neither understood nor could explain. I was restless. Something gnawed at my vitals, something I could give neither name nor form. The only time I could find relief was when Raul and I had a beer at the bar after work on occasion, or when one family visited the other for a dinner or a game of doubles tennis.

I finally began to come to grips with the problem one evening when Raul and I were sitting at a table in the Sportsman, a neighborhood bar we’d adopted as our own. After a draw on his draft, he leveled his gaze at me.

“Man, you don’t know how much I look forward to our bar nights.”

I think my eyebrows disappeared into my hairline. “You do? Man, these are lifesavers for me.”

“You’re my pressure valve, Raul. Always have been. Don’t you remember back in school how you could calm me down when nobody else could?”

He smiled. “That was mutual. You’ve saved me from my Latin temperament more times than I can count.”

He reached over and clasped my arm on the table for a moment. “The best. We complement one another better’n most buds, you know.”

“Yeah,” I said. “We do. Always have. Didn’t think I was gonna survive when your folks moved away.”

“Me, neither. I almost went off the rail. Got in with some bad dudes. Know how my mom brought me back to reality? She always said, what would Rick think of your new friends.”

“And that was enough?”

He nodded. “That was enough.”

A little silence grew as he drew patterns with his fingertips on the table and I studied my best friend.

“Ra,” I said, reverting to my childhood pet name for him. “Time to level. Are you happy? Marriage solid?”

He was quiet as a slow smile built on his handsome lips. “Yeah. I am happy, especially since we came back to Albuquerque. Before that, things weren’t good between Liz and me. I love her, man, but I wasn’t handling things well.”

He shook his head. “Almost a couple of times, but I kept it in my pants. Just ended up flirting. You?”

“Naw. Never even thought about cheating. But my marriage had started to have problems. That seven-year itch thing, I guess. Like you say, I love my wife, but sometimes—”

“Sometimes you want something else.”

His words hit me where it counted. “Yeah, that’s it. Something else. Something different.”

He studied the tabletop for a long second. “Rick, do you ever think about what we did when we were in the tenth grade?”

I swallowed hard. “All the time.”

It looks as if those suppressed feelings are roaring back, threatening to swamp Rick and Raul. How will this rediscovery affect their lives, their families, their very beings? Next time, we’ll have answers to everything.