dontravis.com blog post #267
Deep into 2018... and it’s already time for a new post to dontravis.com. I dug down and came up with another piece of flash fiction. Romance seems to have been on my aged and failing mind, so let’s continue the theme with this week’s piece. Hope you enjoy. 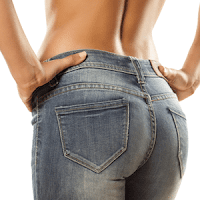 THE FRATERNAL TWIN
What… a… life! Eighteen. College frosh. Cool. Handsome and sexy, at least according to my new girlfriend, Doreen Hadley. She’s the best girl I’ve ever had… well, almost had. Getting close. Just t h i s far from home. Should be there before midterms. I can tell Reenie—my pet name for her—wants it as much as I do… and that’s a lot.
I stood outside the Student Union Building after last class and watched Reenie’s fraternal twin brother head my direction. Durell Hadley is a mystery to me. Downright strange sometimes. He’s a freshman like Reenie and me but doesn’t run with my crowd. He’s tennis and swimming; I’m football and soccer. Right now, from halfway across the quadrangle, he’s moving with this unusual grace; nothing girlish, but it’s...well, it catches the eye. Weird! Crap, what did he want? He waited until he was right in my face to speak.  His eyes were big and chocolate brown like Reenie’s. Her eyes were her best feature.
“Kilgore.” He blinked a slow, deliberate blink. “You’re screwing my sister, and I want you to stop.”
I met the moment with maximum casual. “Not yet, but that’s up to her.”
“No!” Durell said in a firm voice with a finger on my chest, his nose virtually touching mine, and those big Hershey’s orbs gazing straight into my eyes. “If you’re gonna get a Hadley, it’s gonna be me!”
My voice rose an octave. I’d braced for a sucker punch, but not this one. “You mainlining, smoking, or popping, man?”
“You want a Hadley, it’s gonna be me. Me or nobody.”
“Screw you!” I put a sneer in my voice.
“Exactly,” he said with a gentle smile before striding away. “We’ll talk about it later.”
Flabbergasted, I wondered if this was his squirrelly way of putting an end to my dating his sister. Weird way of doing it, but like I said, Durell was passing strange.

Looking back, that seemed to be the moment my life went screwy. My next date with Reenie flopped, probably because I was nervous about her brother showing up. One day, I took a shortcut past the swimming gym and paused to peek through the window. Durell Hadley stood at the edge of the pool, casually drying off with a towel as he talked to someone in the water. The bastard had good shoulders and long arms roped with muscle. His deep chest was as bare as a baby’s bottom. Not a hair. He didn’t exactly have a six-pack, but the abs were visible. I could have almost put my hands around his waist…not quite, but damned near. Good hips, cute bubble butt, and long, trim legs like his sister’s. He raised his towel to his head and swiped at a black mop that went curly when wet. Recovering my senses, I moved on, wondering why I had been standing there gawking in the first place. Cute bubble butt? Where the hell had that come from? My laugh echoed down the hallway.
Well, I’d had a personal invitation, hadn’t I?

*****
Has this ever happened to you? Confession time. Hey, tell me your ending to the story. Did Kilgore keep to Reenie or switch gears and go after Durell. They both seem available. That's a thought! Could he have made it with both of the fraternal twins?

And now my mantra: Keep on reading. Keep on writing. And keep on submitting your work to publishers and agents. You have something to say… so say it.

Here are some buy links to City of Rocks, my most recent book.