This week, let’s try a short, short story of a different vein. Let me know how you like this one. 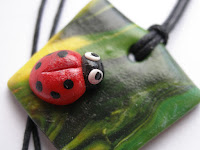 LADYBUG
When Melvin Travers called her Ladybug in the sixth grade, Nancy Nunce thought it was cute. By the end of the seventh grade, all the kids called her that. By then she hated the name. She devoted the next five years to getting everyone to call her Nancy or Nan. By and large, she was successful. Except for Mel Travers. To him, she was still Ladybug.
Nan might have been attracted to the jock had he not hung onto that stubborn nickname he’d given her years before. He was properly handsome and built like the high school football hero he was. As smart in his classes as she, they vied for valedictorian and salutatorian honors as graduation approached.
Mel had made it clear he wouldn’t object to coupling the two best minds—not to mention bodies—in school. But he simply refused to give up that ridiculous formerly-cute-now-irritating name. Worse, lately, he’d taken to shortening it to simply Bug.
Despite her repeated rejections, Mel pursued her relentlessly. She even agreed to go with him again if he promised to give up that demeaning name. He did, but after he slipped and used the appellation on three successive dates, she quit him cold.
That must have hurt his pride because he redoubled his efforts to get her back. Finally fed up with the whole thing, she agreed to a date to the spring prom. This time, she gave him everything he wanted. They danced close, foreheads touching romantically. She showed the room he was hers… or vice-versa… by keeping him close and touching his arm or hand or cheek whenever they were not dancing. Mel about busted his buttons.
After the dance, they parked, along with lots of other kids, on the south bank of the river at the edge of town. It was a traditional make-out place, casually patrolled by the police who seldom bothered to get out of their patrol cars unless there were signs of trouble. This relaxed, remote supervision was enough to put a halter on most of the adolescent libidos.
Everything went well for a while. He hadn’t called her that name once during the entire evening, and she enjoyed his passionate kissing. He was a good kisser, she admitted privately. She liked the way he nuzzled her neck, sometimes with lips, sometimes with tongue, and sometimes with teeth. She got a thrill out of his occasional almost-accidental caresses of her breasts. Things were going well until he exclaimed in the passion of the moment.
“Wow, Bug. You really are something.”
She pushed him back onto the seat and turned to him.
“I am not a bug, Melvin Travers!” She reached for an intimate part of him and squeezed. Hard. He gave a strangled gasp. “And I’m certainly no lady.”
With that, she got out of the car and strolled home through the cool, pleasant evening.

*****
Let me know what you think of the story at dontravis21@gmail.com.

The City of Rocks is now available. Hope you will show your support by buying a copy. Publishing houses get off on that sort of thing. The following are my contact information and the DSP Publications links:

As always, thank for being a reader.