It’s that time of year again. Regular readers know this is my “blue quarter.” My late wife Betty died of pneumonia on February 12, 2009, and our wedding anniversary would have been on April 8 of that year. Sandwiched in between is March 13, her birthday. These three months are my blue period. It gets a little easier as time tolls, but it never quite goes away. This year, I’d like to mark the events with an attempt at some “poetic prose.” (Forgive me, poets, everywhere.)
***** 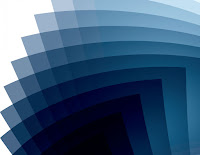 The death of my wife in 2009
Brought my “blue quarter”
The cold slate of February which took her away
Warm azure of March on the day of her birth
Somber cobalt of April, our anniversary
These are the shades of my “Betty blue,”
A different palette altogether

*****
Thank you for indulging me in my annual descent into depression. After eight years, it’s becoming easier, but I do tend to think of her more often over these three months, relishing what was good about our time together and suffering through the difficult twelve weeks of her end time.

As always, thanks for being a reader.