OFFICIAL PUBLICATION DATES FOR TWO OF THE BJ VINSON MYSTERIES

Within the last two weeks, I’ve received official publication notices from DSP Publications for the first two of the three BJ Vinson Mysteries. 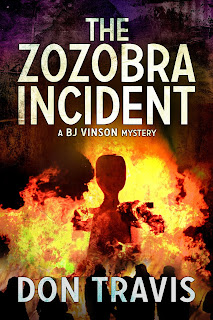 The official release date for THE ZOZOBRA INCIDENT is set as November 15, 2016. This book was first issued as an ebook in April 2011, followed shortly thereafter by a print trade book. The new release by DSP Publications has been extensively edited, and I believe it’s a better story as a result. 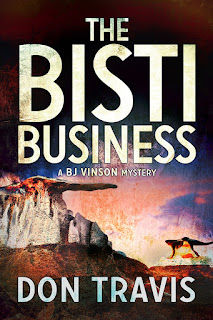 The official release date for THE BISTI BUSINESS has been set for March 21, 2017. This book first appeared as a trade book in 2012. Just as for ZOZOBRA, the manuscript underwent a heavy editing process as I worked with DSP editors to improve this book.

The release date for the third novel in the BJ Vinson Mystery Series, THE CITY OF ROCKS, has not been announced, but should follow BISTI by about four months. This third novel, as yet unpublished, continues the adventures of our protagonist, gay confidential investigator BJ Vinson, and his partner Paul Barton, a graduate student pursuing an advanced degree in journalism at the University of New Mexico.

The first book in the series is centered in Albuquerque and Santa Fe. The second draws us all over northwestern New Mexico. CITY takes us to the southern part of the state down into the Boot Heel country. If you haven’t figured it out by now, the great State of New Mexico plays an important part in the series.

*****
I know that it’s wishing my life away, but I can hardly wait until November 15.  Let me hear from you at dontravis21@gmail.com. As always, thanks for being readers.