Bear with me. I’m going to subject you to a children’s Christmas story. I didn't dream this up until I sat down to begin the blog post. So read my story with young eyes and be content on this Christmas Day. 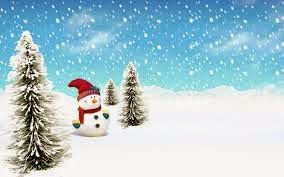 It was all great fun while they were building him. Of course, he couldn’t see the children until they put two pieces of black coal in his head as eyes. But he could hear them laughing and chattering at one another. He loved kids … or at least he thought he would. After all, he hadn’t even existed until now. Falling snow felt good on his rounded shoulders and bald pate, until the little ones put a red knit cap on top and a scarf around his neck. Or where his neck would have been if he’d had one. And green gloves, too. But that was all right. The tykes were all bundled up just like him.
They seemed excited, not just about him, but also about something called Christmas Eve. Christmas must be something wonderful. Finally, the youngsters stood in a group in front of him arguing over a name for him. He was so proud he almost burst his coal lump buttons when they settled on Tim. He liked that name. Had a good ring to it.
The day passed pleasantly. He had a brief fright when everyone disappeared for lunch and the sun threatened to break through the clouds. But then the children returned to throw snowballs at one another and laugh and play while a thick bank of white clouds rolled in to begin dusting everything with gentle snowflakes. The moppets tried to catch them in their mouths or on the tips of tongues. What a happy day.
Just as the light started to fade, the children began slipping away. Going home, they said to one another. Get ready for Christmas Eve. And then, suddenly, everyone was gone. Maybe Christmas Eve wasn’t so grand after all. Tim looked out across the broad park. No one was left except a few pine trees. And Tim got … lonely.
As the day turned into evening, he felt so abandoned his skin, once so soft and flexible, started to harden. After a long, lonely twilight, night fell, and he knew he was truly abandoned. The moon rose, making the snow-cloaked park and the trees and the glow of lights from homes in the distance lovely. But he couldn’t appreciate the sight. All he could think of was that he was alone. Deserted. He didn’t even have another snowman to keep him company.
In the midst of feeling sorry for himself, he heard a flutter and a raucous caw as a big black bird landed on his shoulder.
“Why so sad, bud?” The voice was loud and grating.
“Tim. My name is Tim. And I’m sad because I’m lonely. All the children abandoned me.”
“Aw, don’t worry. They’ll be back tomorrow.” The bird, who said he was Robbie Raven, twisted his head in a curious way. “But they’ll be late. Have to play with their Christmas toys first.”
“Christmas toys?”
“Yeah. It’s a big deal with them. Some fat guy in a red suit is supposed to crawl down their chimneys and leave them a bunch of play things. Funny, though. Most of them don’t have chimneys.”
“What’s going on?” a soft voice startled them.
Tim couldn’t turn his head, but in a moment, a beautiful little deer with huge eyes stood in front of him, flicking her ears.
Robbie gave a loud caw. “Doey Whitetail meet Tim Snowman. He says he’s lonely.”
“Well, let’s just keep him company and cheer him up.”
A little snow wren twittered from a nearby pine bough, and a red fox barked from behind the bole of the same tree. Before long, there were as many animals in the field as there had been children. Tim’s loneliness rose and floated away on the breeze. Even after the wren tucked her head beneath a wing and Doey scooped a bed out of the snow and the others settled down, he was content. He wasn’t alone. He wasn’t abandoned.
The sun rose, chasing his new friends back to the sanctuary of dens and lairs and remote tree branches, but everything was all right. It wasn’t long before the children reappeared to flood him with love and Christmas cheer.

For those of you who can’t reclaim their childhood and ask how a brand new snowman knows all about children and deer and birds but doesn't know a thing about Christmas, I can only say … I feel sorry for you.

As always, everyone … thanks for reading.